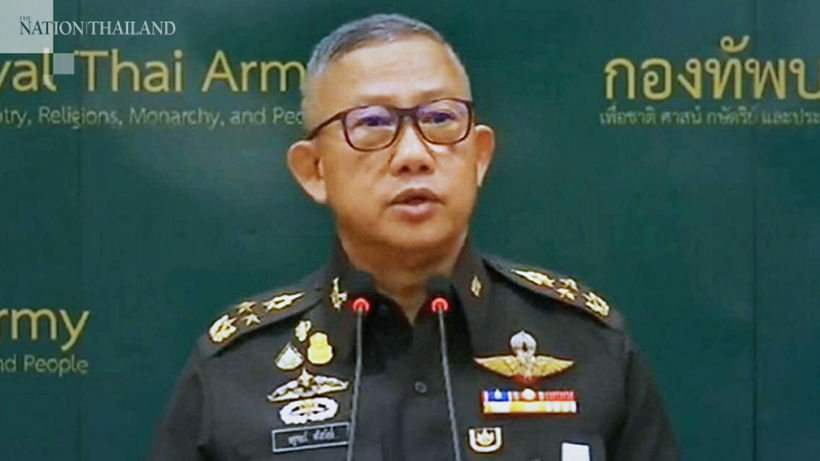 The head of the army’s welfare department has been “transferred to an inactive post” along with other army brass, as an inquiry begins into a now-notorious boxing event on March 6 at the Lumphini Boxing Stadium that’s has led to scores of Covid coronavirus infections. The Royal Thai Army announced today that that Major General Rachit Arunrangsri, who was in charge of the stadium at the time the match was organised, will be side-lined at army HQ.

The stadium is owned and operated by the Royal Thai Army, part of its network of commercial ventures that also includes hotels, petrol stations and golf course. The Ministry of Public Health has traced at least 150 of the 1136 people infected in Thailand so far to the match. The patients are a mix of attendees, staff, and those who came in close contact with them, and are now known as the “boxing match cluster.” The match was held despite a March 3 order by PM Prayut Chan-o-cha requiring large gatherings to be cancelled or postponed. The holding of the event could thus be deemed a violation of a government order.

Yesterday the the army’s commander-in-chief, Apirat Kongsompong, ordered the head of the Army Personnel Department to form a committee to investigate the holding of the boxing event.

According to the army regulations, the key person running the stadium must be removed to headquarters in order to pave the way for the committee to investigate. An informed army source says the transfers will enable the probe to proceed smoothly. Apirat has assured that the investigation will be transparent and straightforward.

Rachit himself is being treated at Phramongkutklao Hospital, after he was infected with the virus.

Last month the head of the Army said that they are overhauling the Royal Thai Army’s business interests that may be in conflict with their duties to serve the nation.

More than 100 suspect travellers reported across the country