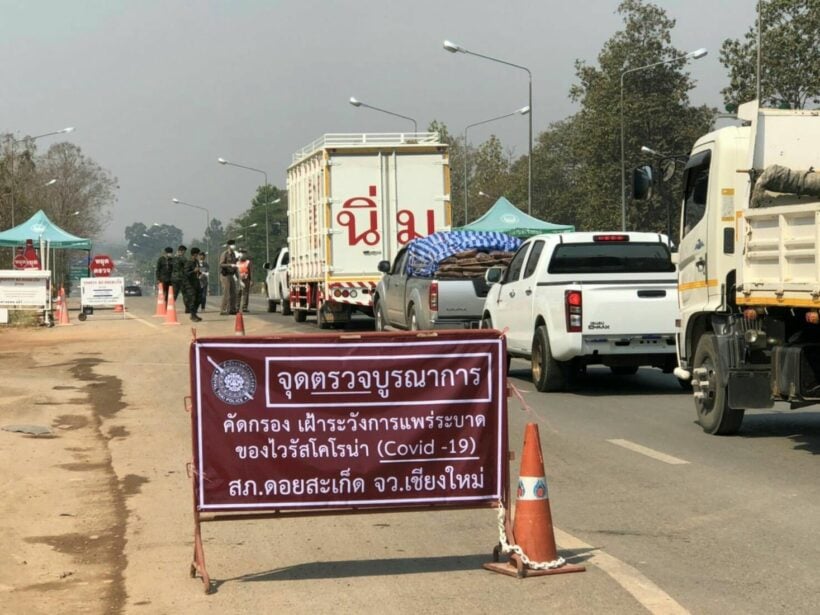 Yesterday, police staffed 359 random checks points across the country to screen road travellers for the Covid-19 virus. The checkpoints are being staffed by the Royal Thai Police.

“Travellers who had a cough, sore throat, difficulty breathing or any body pain were scanned and more than 100 have now been reported to the Public Health Ministry. Their names and information are being recorded for further tracking.”

“The checkpoints have been established as a means of controlling the spread of the virus through tighter travel controls.”

General Suwat also apologised for the traffic jams in some locations caused by the check points, but maintained they were necessary at this time and appealed for patience if people have to travel.