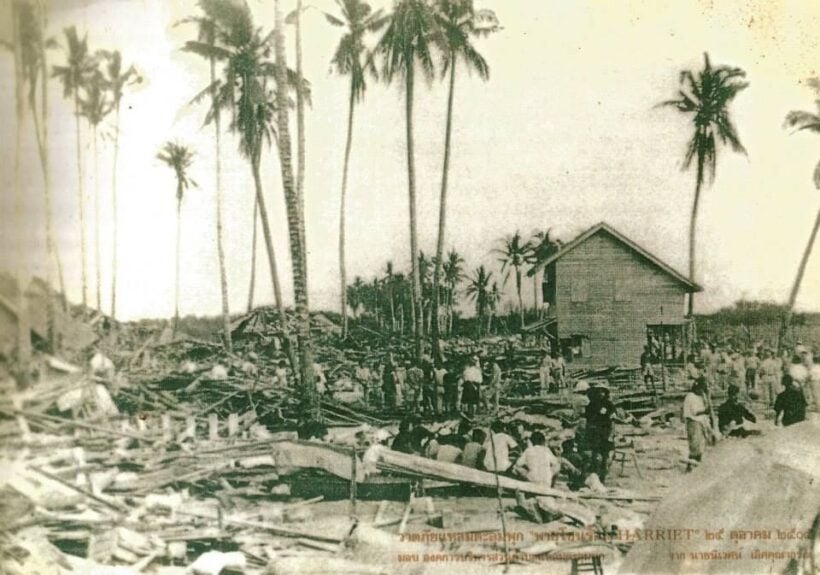 The last major tropical storm to hit the southern coastal Gulf region in January was back in 1962. It started, just like Pabuk, as a weather system off the western coast of the Philippines. In this case on October 19, 1962.

After making its way across the South China Sea and scooting across the bottom of southern Vietnam, the system strengthened into a tropical storm. It made landfall near Nakhon Si Thammarat province of Thailand on October 25, 1962, as winds peaked at 95 kph.

Harriet claimed the lives of at least 769 residents in the south of Thailand, with around 142 people reported missing, presumed dead, and 252 severe injuries.

The damages from the storm were estimated to be valued over $34 million dollars at the time.

The Thai Meteorological Department has said that Harriet was the deadliest tropical storm in the country, and with the impending arrival of Pabuk, we can understand why Thailand is watching closely and bracing for impact.

Precautions taken in the south for Pabuk