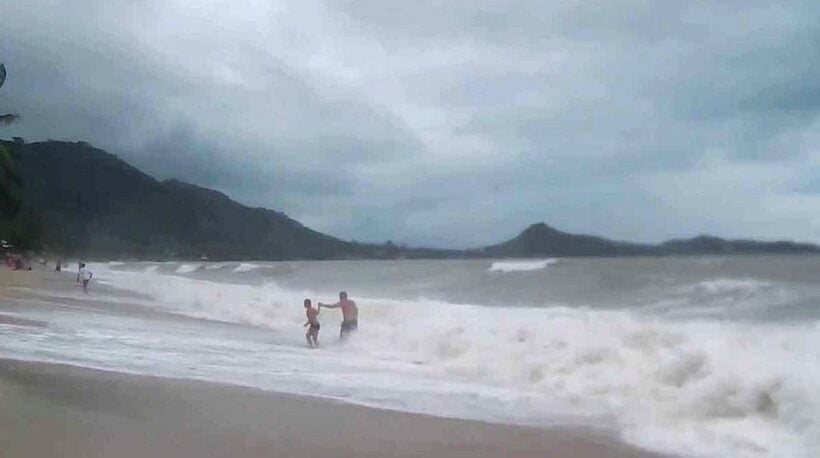 “Waves could reach seven meters high in the Gulf of Thailand.”

Thousands are departing some of the tourist hot spots including Koh Phangan and Koh Tao as the region’s first tropical storm for January in 30 years heads northwest across the Gulf of Thailand.

Tens of thousands of tourists are reported to be fleeing the Thai resort islands of Koh Samui, Koh Phangan and Koh Tao in an exodus ahead of Tropical Storm Pabuk which is set to bring heavy rains, wind and up seven metre waves in the Gulf.

The Guardian is reporting that the islands, hugely popular with holiday-makers especially during the peak Christmas and New Year season, have emptied out since yesterday.

Tourists continue to pack onto ferries bound for Surat Thani mainland with swimming banned and boats set to suspend services. The Don Sak/Samui ferry has ceased operations today and scheduled to restart services on Saturday or Sunday.

Pabuk, Thailand’s first tropical storm in the area outside of the monsoon season for around 30 years, is poised to batter the archipelago of Koh Phangan, Koh Tao and Koh Samui on Friday, before heading for the mainland and towards the Andaman coast.

Pabuk, which means a giant catfish in Lao, is also expected to dump heavy rain across the south, including tourist hotspots in the Andaman Sea such as Krabi and the southernmost provinces bordering Malaysia of Pattani, Narathiwat and Yala.