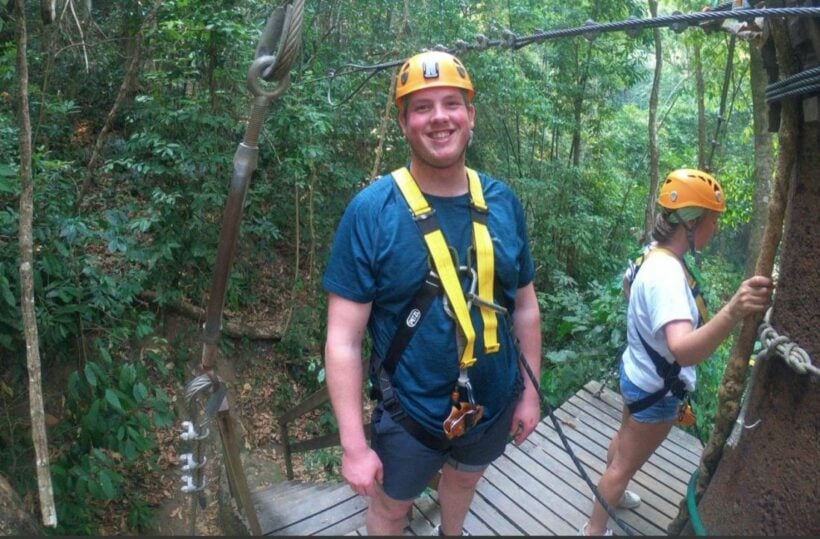 PHOTO: Spencer Donaldson at the Flight of the Gibbon zipline in Chiang Mai, moments before he jumped to his death – Supplied by Spencer’s family.

“Flight of the Gibbon isn’t listed on the website of Association for Challenge Course Technology as a member and the Association have denied that the Chiang Mai ride is a member.”

The family of a Canadian man who died in a Chiang Mai zipline accident last month hopes the tragedy will help spark safety upgrades. Spencer Donaldson attached to the harness for a five-kilometre ride at the Flight of the Gibbon ride on April 13. Moments later he stepped off the platform and fell 12 metres as his fiancee watched. Spencer died on impact with the ground.

He was remembered by friends and family as an “outgoing person who loved life” at a memorial service in his hometown in Fruitvale, British Columbia, last weekend.

Flight of the Gibbon says before getting on the zipline, Mr. Donaldson completed a safety orientation, claiming that he was within the ride’s 125 kilogram weight limit, a matter of contention in Thai social media following the fatal incident.

Flight of the Gibbon claims Spencer’s death was as a result of “metallurgic failure.”

But Spencer’s family believe the cable clamps on the ride were not fixed properly before he left the platform.

“We are very happy to have the support of the Thai government and local authorities to implement change and accountability that will make safety in ziplining equal to other countries.”

Flight of the Gibbon claims to be a member of the Association for Challenge Course Technology, an industry group that focuses in part on standards and credentials for the adventure rides around the world.

But Flight of the Gibbon isn’t listed on their website as a member and the Association have denied that the Chiang Mai ride is a member.

The Donaldson family has now hired Kevin Smith, a Canadian zipline operator, to investigate the circumstances around their son’s death. 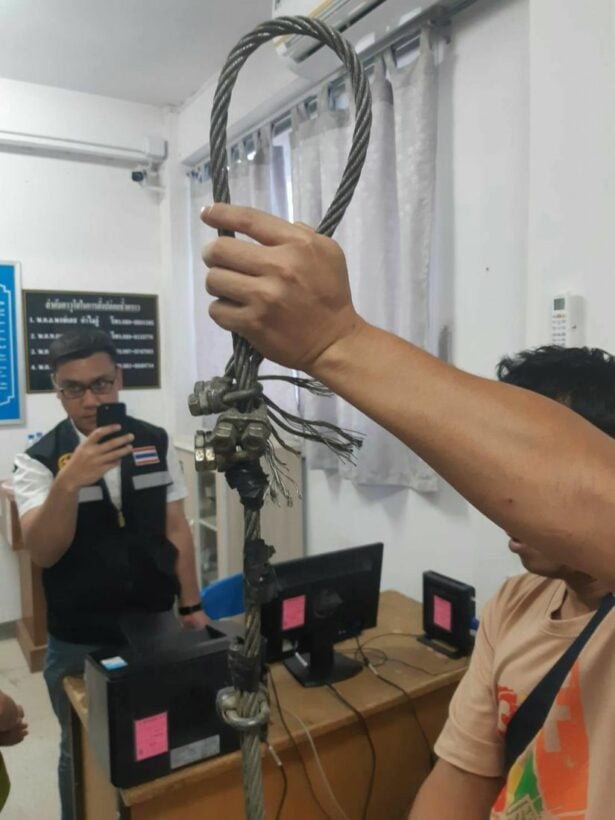