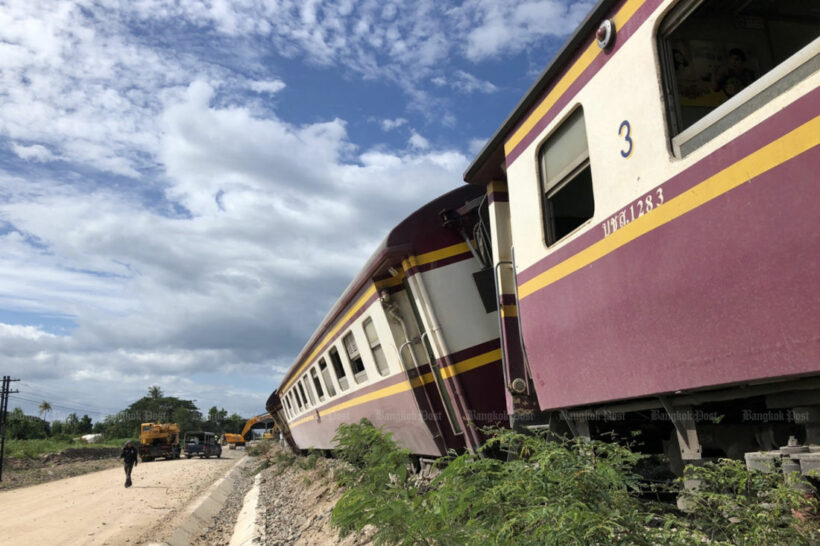 Rail services between Bangkok and southern provinces were delayed yesterday after a passenger train jumped tracks in the Cha-am district of Phetchaburi province, about four hours south of the capital. There were no injuries reported.

The incident happened around midday yesterday.

The State Railway of Thailand reports that train 55 from Thonburi to Lang Suan station in Chumphon province became derailed at 12.04pm after departing the Huay Sai Tai station in Cha-am.

They confirmed that six carriages had jumped off the rails. They believed that the theft of steel nails used to fix the tracks to the sleepers had been stolen. Railway teams and cranes went to the scene to lift the carriages back on the tracks and assess the damage.

The Hua Hin station mater noted that there were some of the large steel nails missing from the accident scene.

Trains in both directions were affected for the rest of the afternoon but were able to resume early last night.