Just after midnight a truck collided into the back of a bus at an intersection in Krok Phra, Nakhon Sawan, central of Thailand. Two people sustained injuries in that incident.

At 1am, two passengers died after a bus they were travelling in skidded off the road and overturned in Nonsung, Nakhon Ratchasima, in northeast Thailand.

And at 3am this morning a bus crashed into a power road in Nonsung, Nakhon Ratchasima. Ten passengers sustained injuries in that collision. 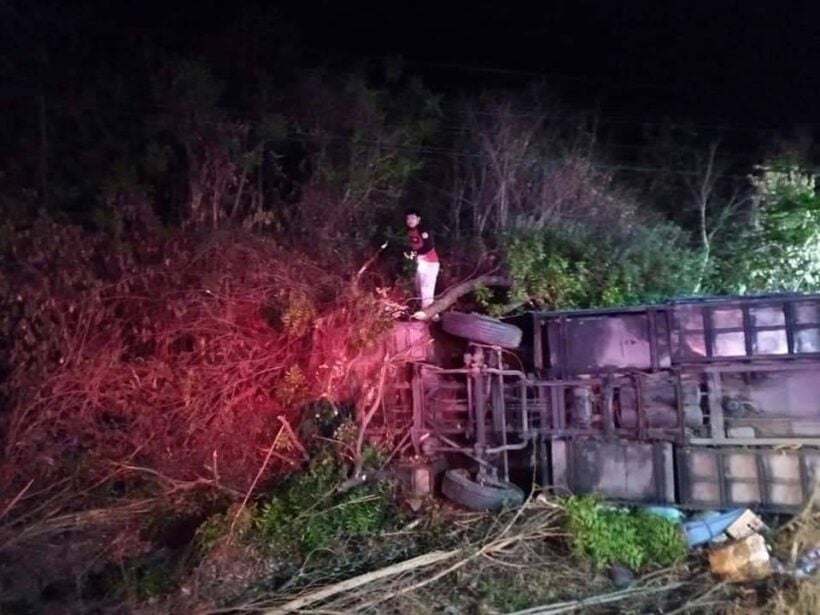