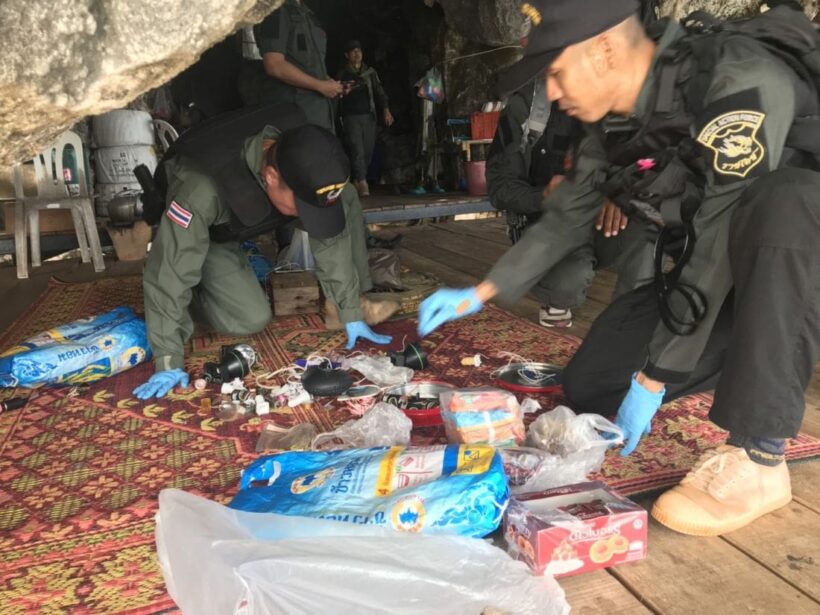 Krabi officers have discovered bomb-making equipment inside a cave in Krabi.

Yesterday officers raided the cave on Koh Talu in Ao Lueak, Krabi after they found that the cave is part of an area of a company who received a concession to produce and farm bird nets.

To men died from their injuries after stepping on mines along the shores of a nearby island last week that was also being used for the farming of bird nests.

Officers found 44 year old Chocknapat Khunkam and an 18 year old teenager in the cave. They told police that they had been hired to guard and protect the bird nets inside the cave.

Police also found bomb-making equipment inside the cave. The two men told police they didn’t know anything about that equipment. They have now been taken to Ao Lueak Police Station where they were charged with illegal possession of bombs and ammunition. Police are continuing their investigation.

At this stage police believe that items seized might be linked to the mine explosions at a bird’s-nest concession island in Phang Nga bay last week. Read more about those incidents HERE and HERE. 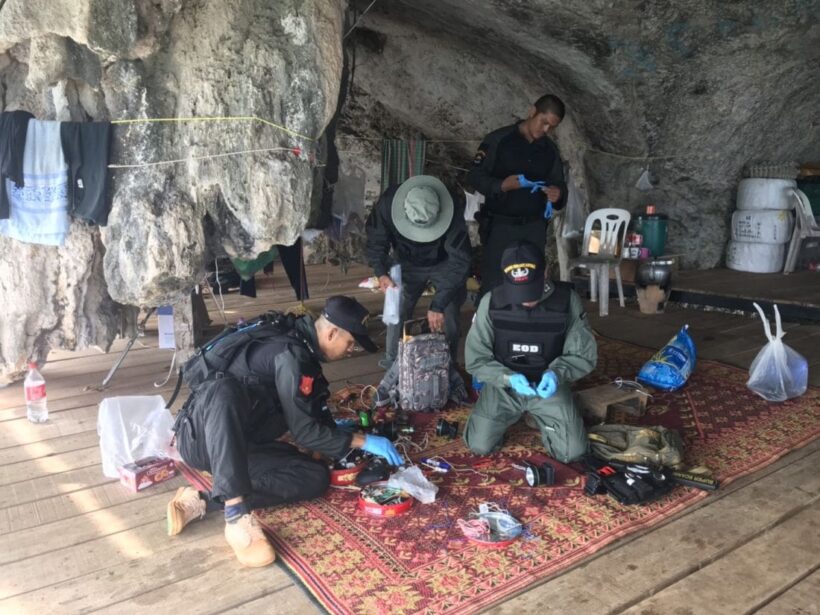