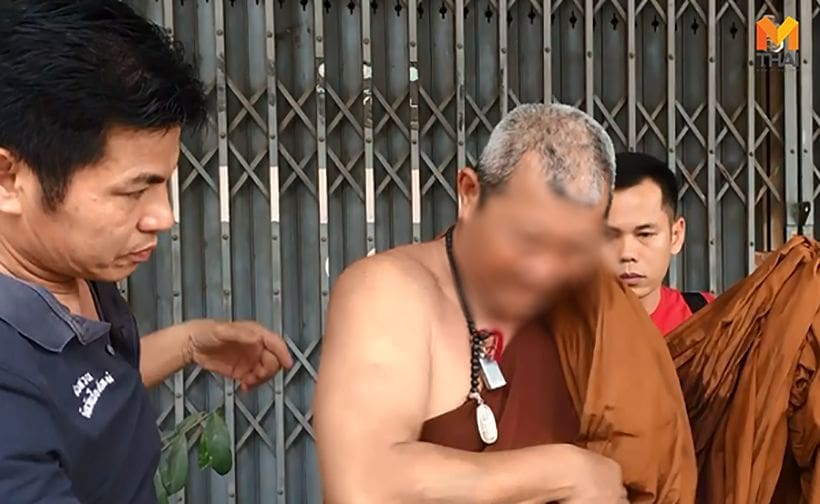 Chiang Mai police were called to the Ku Kham Temple in Mae Ping after witnesses claim they saw a roving monk beat another man to death, apparently another monk. Both were, according to the temple monks, from out of town.

Sanook reports that 55 year old Phra Wichian was allegedly seen viciously punching and kicking the other man, around 40 years old.

Witnesses say that when the man was still lying lifeless on the ground, the monk kept kicking him. Then, according to their statements, he walked out of the temple murmuring, “He was drunk”.

They noted that the ‘monk’ had also been drinking after the victim went to purchase beer in the morning.

Other monks at the temple say that Phra Wichian was not one of their order and that he had arrived from Nakorn Sawan asking if he could stay at the temple.

No one was able to confirm if he was a real monk or just masquerading as one in robes. The victim was also from out of town, apparently a monk, although he was not in robes at the time of the attack.

Phra Wichian was later arrested near the Kawila boxing camp. He has so far denied any involvement and refused to take part in a reenactment today.

He has been charged with assault causing death. Mae Ping police say they have all the witnesses and evidence they need to bring charges against the man. 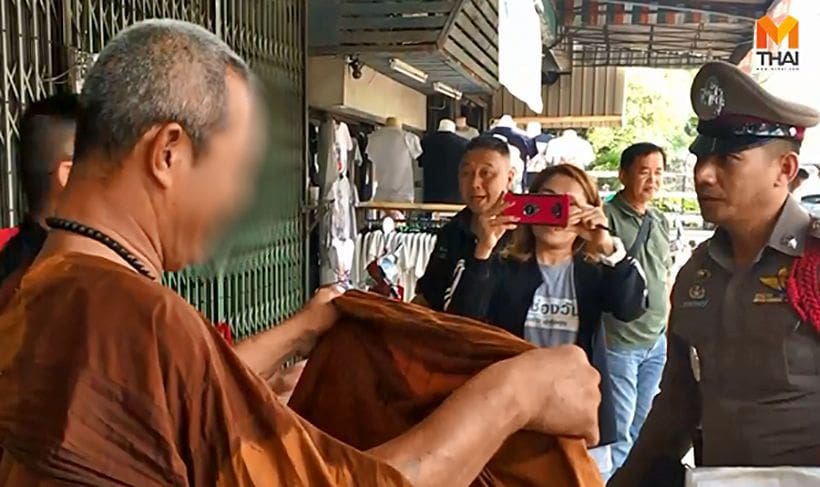