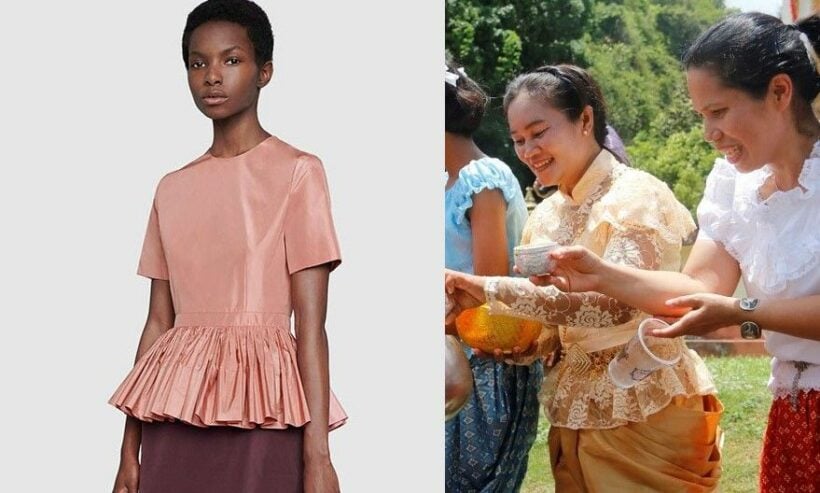 A 158,000 baht dress, described by the fashion house Gucci as, “a ready-to-wear silk taffeta dress with a detachable cape” is being mocked by Thai fashionistas who point out the similarity to traditional outfits worn by older Thai women.

In Thailand, “women of a certain age” will often don traditional silk clothing to make merit at the temple or during other formal occasions. The Gucci dress is not entirely dissimilar to those outfits, but the Gucci version is priced at just under US$5,000, and costs a whole lot more than the Thai equivalent. This has made it the target of some ridicule among Thai social media users who can be, well, savage when it comes to cultural appropriation. Khaosod English reports that popular Facebook pages ‘Nunoiduak’ and ‘I Love Beauty Queens’ both shared photos of the dress, generating thousands of comments from Thai women pointing out the similarity to the country’s traditional silk outfits. One user joked that Gucci must have been inspired by her mother’s outfits (but without the commission).

Others pointed out that if it’s good enough for Gucci, Thai traditional clothing should be more valued and seen as a trend in its own right, with one Facebook user saying the government should do more to promote Thai silk.

“It’s a shame we can’t create enough value for Thai silks. Our country has a lot of good stuff and I wish our government would support high-quality production and export of it.”