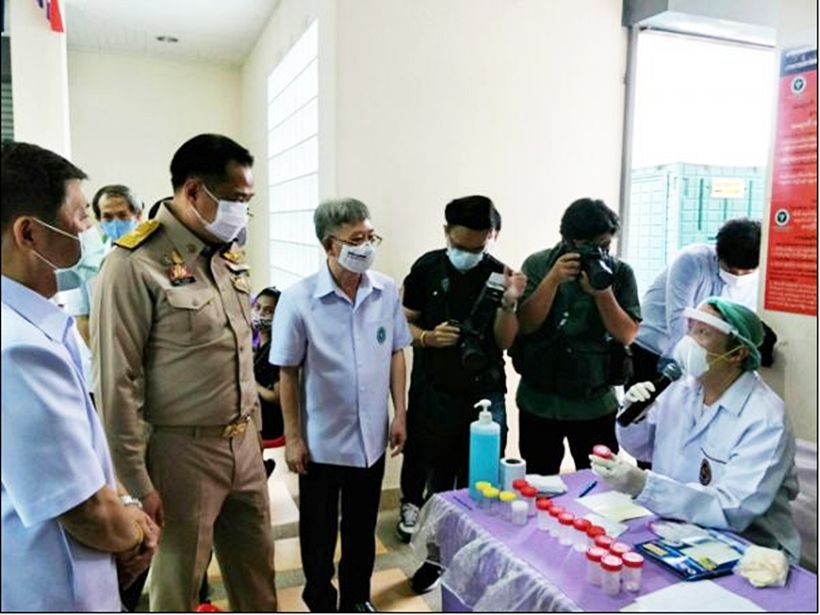 Today, Thailand News revealed that the Department of Medical Sciences is planning to accelerate its plan to conduct 100,000 more Covid-19 tests across the country by the end of June.

In laboratory analysis, sample tests will be divided into three groups:

Provincial communicable disease control committees will be authorised to make decisions on which groups should undergo tests and the locations for the tests, in accordance with the disease control situation in their respective areas.

The tests have previously been conducted in several provinces, such as Nakhon Ratchasima, Surat Thani, and Pattani. Thailand has tested more than 400,000 samples and, together with active contact tracing, has helped the country to minimise the spread of Covid-19.

“Good progress has been made on the development of Covid-19 vaccine in Thailand. After the vaccine candidate has been tested successfully in mice and monkeys, it will be tested in humans in the first phase, sometime in the second half of 2020.”

“If everything achieves the set target, it is expected that the results of the test in humans will be known in the third phase, in late 2021. By then, Thailand expects to be able to produce its own coronavirus vaccine and to become among the first countries in the world to provide Covid-19 vaccine for the people.”

Despite the public health minister’s optimistic assessment of Thailand’s Covid-19 vaccine development program, it is likely to be well into 2021 when any viable vaccine is developed, anywhere in the world. The vaccine is an MRNA vaccine designed to help the body create immunity against the novel coronavirus. Chulalongkorn University’s Vaccine Research Centre joined forces with the National Vaccine Institute and the Department of Medical Sciences in this vaccine development, along with a North American manufacturer.

Testing around SE Asia and other countries shows that Thailand has been at the low-end of actual testing. South Korea and Singapore have had a very high percentages of testing per million population, Thailand about a third as many tests as South Korea, per capita.

Thailand ranks #79 in the world based on total numbers of Covid-19 cases, and has tested a total of 420,529 people, whereas higher ranking countries of confirmed Covid-19 cases with similar populations, for example South Korea, have tested double the amount of people.

Thailand has tested 3 times people, per capita, compared to Malaysia.