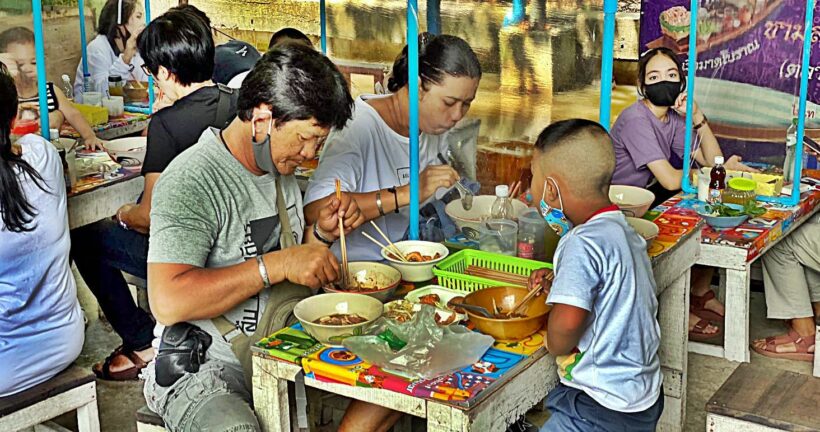 Today the Centre of Covid-19 Administration reported 1 new Covi-19 case and 1 addition death in Thailand. This takes the total number of infections to 3,085 and the accumulated death toll to 58.

The additional fatality was an 80 year old Thai man living in Narathiwat and the latest patient was a 32 year old male student who had recently returned from Saudi Arabia.

Dr Taweesilp, the familiar public face of the CCSA, says that “the student returned from Saudi Arabia via Malaysia, he entered the country through the Padang Besar land border checkpoint in Songkhla province on May 25 and was quarantined there.”

“He tested negative for the disease when he arrived but on May 30 he developed a mild fever and runny nose. Then on May 31 he tested positive for Covid-19 and was admitted to a local hospital.”

“39 people have returned from Saudi Arabia through Malaysia and 8 of them have been confirmed infected. That forms 20.51% or a fifth of the total.”

“As for the fatality, it was a Thai man aged 80 who had asthma, On April 28 he went to a hospital in Sungai Kolok district in Narathiwat for a hip surgery. He was then taken to recuperate in a ward where another patient was later found infected with Covid-19.”

“The elderly man tested positive on May 9, as did his daughter and son-in-law, who visited him at the hospital.”

“The man was placed on a ventilator and received plasma on several occasions. He died of Covid-19-related pneumonia yesterday.”

“Infections in Sungai Kolok (border town on Malaysian border), including an earlier occurrence, resulted in a quarantine of 191 medical staff and relatives. The previous patient recovered and all of the quarantine medical personnel and relatives proved to be uninfected.”

Of the 3,083 accumulated cases, 2,960 have fully recovered. 1 additional patient has been released from hospital overnight, leaving 59 hospitalised. The average age of Covid-19 patients in Thailand has been 37, with the oldest 97 and the youngest a 1 month old baby.