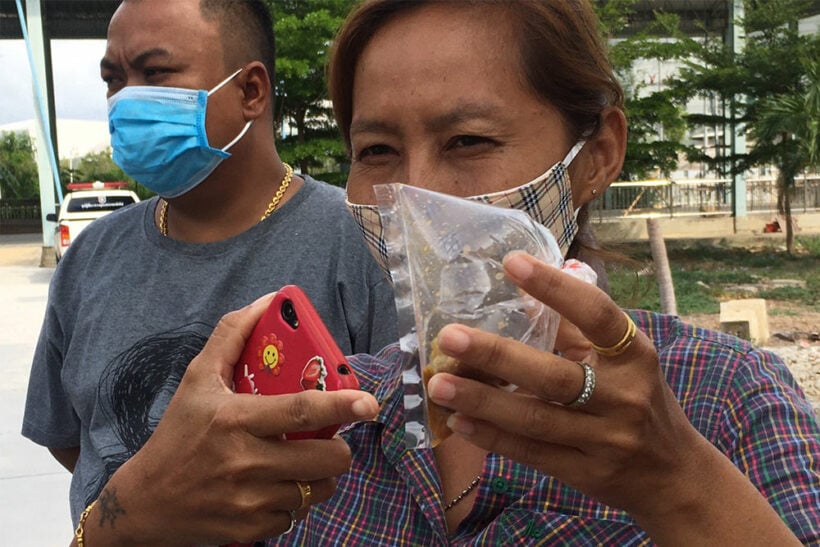 Around 2 dozen people got sick and 1 person died sometime after they ate dumplings sold by a street vendor in Samut Prakan, a province south of Bangkok. Bacteria was found in the dumplings, or kanom jeeb, after a lab test, but health officials say they’re still not sure if the bacteria caused the food poisoning. They’re still investigating before they point fingers and lay charges.

Last week, 66 year old Thanu Changphuprangam developed severe diarrhoea sometime after she ate the dumplings and later died. Her 73 year old husband also fell ill after eating the same batch of dumplings and was admitted into the hospital. He left the hospital before he fully recovered to attend his wife’s funeral.

Their daughter said she ate the dumplings with her family.

“Later that day, everyone who ate the street food ended up with diarrhoea and had to constantly run to the toilet. The family started to feel a little better after seeing a doctor, but they were still in pain and go back and forth to the toilet. A day or two later, Changphuprangam fell unconscious and died.”

The street vendor goes by the nickname ‘Mint’ told Khaosod that she asked other vendors who buy from the same supplier if hey had any problems and none of them did. Mint says she’s been operating for years.

“I don’t know what is happening.”

“I want to apologise to the relatives of the deceased and I want officials to investigate this because I don’t want to be blamed unfairly.”