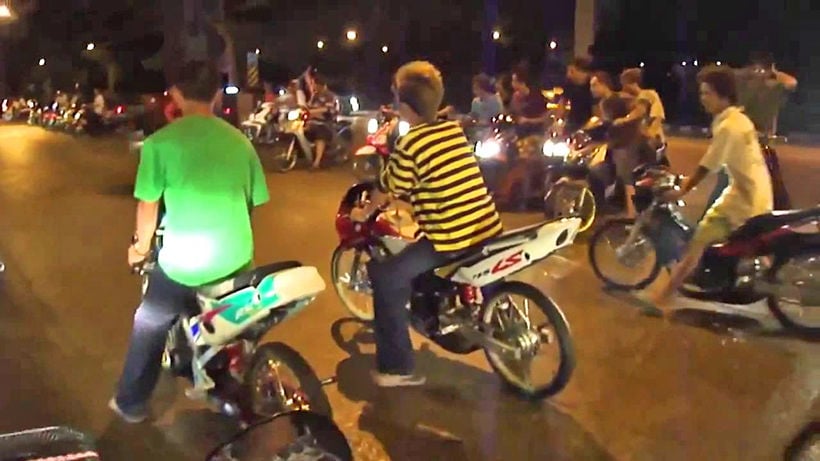 Over 100 teens and adults have been arrested for involvement in illegal night motorcycle racing in Nonthaburi, just north of Bangkok city, since yesterday. Those arrested include riders, passengers, and supporters of the illegal races. Nonthaburi police said today that 102 people have been arrested in a collaborative effort between 11 police stations in the province.

The operation is in line with the PM’s policy after the curfew was lifted on Monday. The PM himself issued a stern warning to “dek waen” (biker gangs), even threatening a renewed curfew.

Local police discussed and planned to tackle the illegal racers and involved officers on Kanchanaphisek, Rattanathibet and Ratchaphruek roads, and highways number 345 and 346.

Police added that they will extend the crackdown to the racing fanpage on Facebook, as well as to garages that modified the motorbikes.