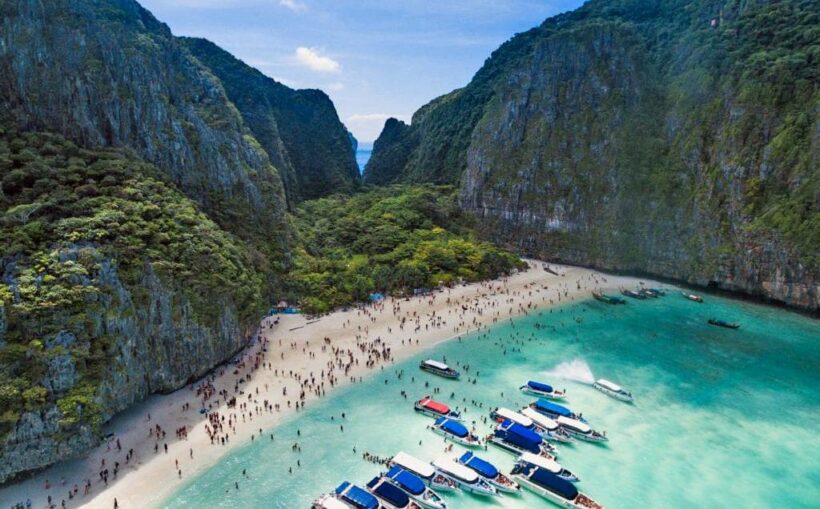 National parks officials, looking after the Phi Phi islands, say there are plenty of other great locations to visit besides just Koh Phi Phi Ley’s Maya Bay. They were responding to complaints from both tourists and tour operators.

Tour operators say that the move to indefinitely close the famous bay to tour traffic will affect their livelihood. Tourists, on the other hand, are complaining because they’d already made plans to visit the region and booked Maya Bay tours based on the information that the attraction was re-opening in November.

Songtham Suksawong, the Director of the National Parks, says there are at least three other excellent locations – Pileh Bay, Koh Hong and Lo Moo Dee Bay – equal in beauty and well worth a visit. He has suggested to disgruntled tour operators to reschedule visits to these areas and market their beauty instead of complaining about Maya Bay’s ongoing closure.

He also dismissed any rumours that they’d capitulated to demands from tour operators and would re-open the Bay on November 1.

The local National Park agency that controls the Koh Phi Phi archipelago is going to promote the other three destinations whilst setting limits on visitor numbers as it grapples with controlling the future of tourism to the fragile eco-system.

Maya Bay exploded onto the world’s tourist map following the 2000 Hollywood film “The Beach”. Adding to the location’s popularity was the rise of Chinese tourism over the past 5 years. Maya Bay was one of those ‘must see’ locations and tour boats were delivering up to 6,000 people a day in the year before the bay would be closed down to tour boats on June 1.

Officials say that tourists were unwittingly killing the attraction with love, trudging sand from the beach back onto boats which would wash off onto the frail corals underwater. The beach was also disappearing under the weight of so many tourists.