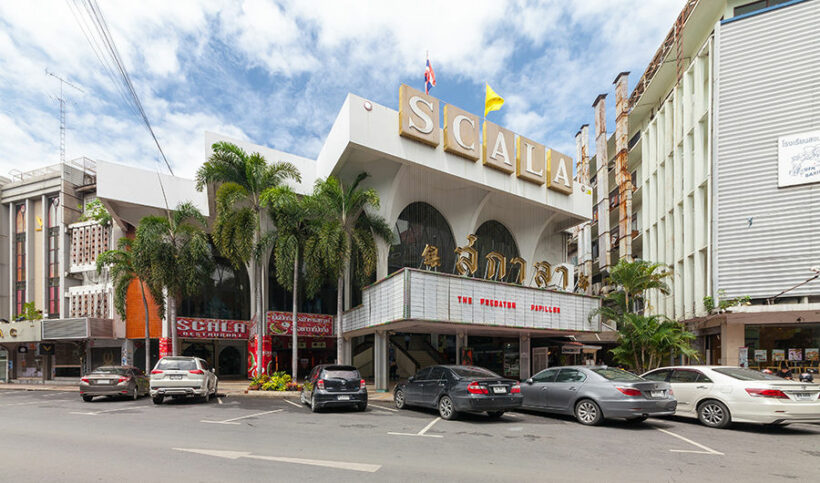 Cinema lovers and theatre employees are mourning the closure of Bangkok’s legendary Scala cinema after 51 years in business. The theatre was the last one to remain independent in the capital, amid an expanding landscape of multiplex cinema chains. Khaosod English reports that many Scala lovers turned out to bid farewell to the theatre prior to its final screening on Sunday evening.

The Scala’s lease ran out at the end of June and Chulalongkorn University, which owns the building, has not made any statement on what its future plans may be. For Phiboon Phorchaiyarach, who has worked as an usher at the theatre since 1981, the Scala felt like a second home.

“I feel sad. I’ve worked here since I was 21. I’m impressed every day I come to work, it’s like my second home for me.”

He recalls the Scala’s popularity in the early days of his career, mourning the death of the independent movie theatre in favour of modern technology.

“The theatre was always crowded. People lined up all the way to the downstairs to get their tickets punched. Nowadays there are CDs and mobile phones where everyone can readily enjoy what they want to watch. Coming to theatre is not a special moment anymore.”

The Scala belonged to the Apex chain of theatres, which also owned the Lido and Siam theatres. The Lido is now a multiplex and mini-mall, while the Siam theatre burnt to the ground in 2010 as political protests rocked Bangkok.

Nuphu Chayalat, a 63 year old concession stand worker, worked at the Lido for 18 years before moving to the Scala. She recalls watching her favourite films at the Scala, adding that one of them, James Cameron’s Titanic, drew huge queues.

The Scala was named after Milan’s renowned Teatro alla Scala and its first screening upon opening its doors on New Year’s Eve in 1969 was The Undefeated. Over the weekend, those visiting for the last time, were treated to screenings of a number of classic movies, including 1966’s Blow Up and Cinema Paradiso, whose soundtrack composer, Ennio Morricone, passed away yesterday.