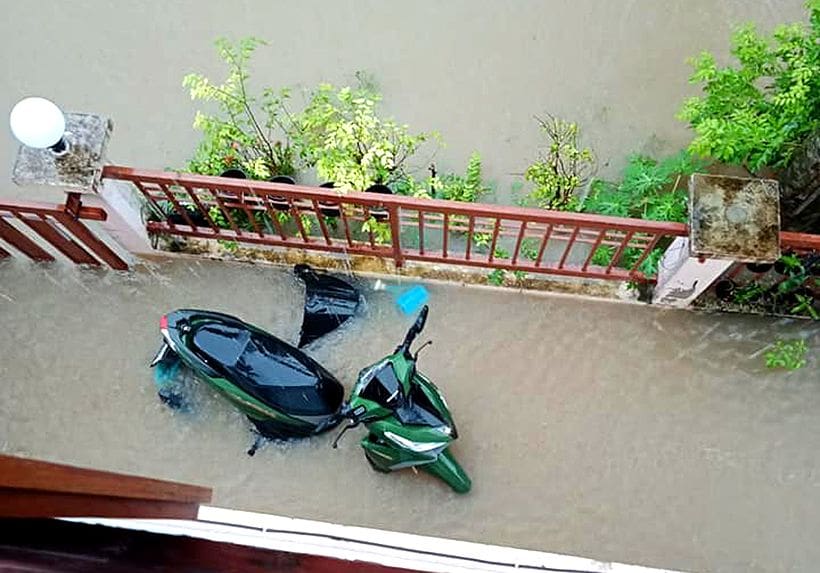 Deputy PM and defence minister Prawit Wongsuwan has ordered the three armed forces to head south with troops and equipment to help the areas hard hit by flooding.

The Meteorological Department is warning southerners to brace for more to come. Gulf coast provinces from Chumpon to Songkhla have been battered with heavy rains for the past four days.

Defence Ministry spokesman Lt-Gen Kongcheep Tantrawanich says southern-based military units were instructed to keep monitoring weather conditions and flood situations and to be on standby to provide support to local government, especially the evacuation of children and the elderly from hard-hit areas.

Military units have been instructed to make available heavy equipment in case they are needed for the building of flood walls or in the dredging work to quicken the flow of floodwater out of flood-affected areas.

The weather bureau has updated it forecast for southern provinces – Nakhon Si Thammarat, Phatthalung, Songkhla, Pattani, Yala and Narathiwat. It says they will face more rain as well as heavy rain in some areas as a result of the strong northeastern monsoon which is looming over the southern region and the Gulf of Thailand.

If your motorbike is stolen, just wait a few days