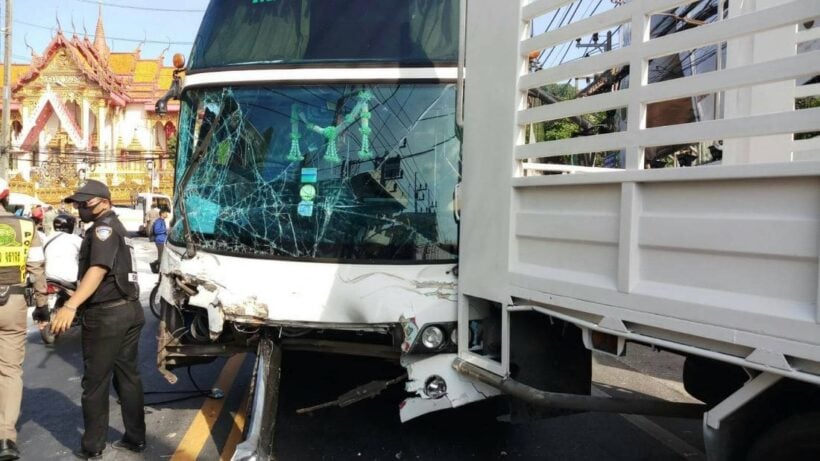 The tour bus accident on Patong yesterday afternoon, the third such incident in the same spot within 24 hours, has caused three injuries and with vehicles damaged as the bus careered down the hill, out of control. There were 10 tourists on the bus who were shaken by the incident but unharmed.

The Patong Police heard about the incident, adjacent to the Suwankeereewong Temple (Wat Patong) on Phra Baramee Road, the bottom of Patong Hill, just after 3.30pm yesterday.

The three injuries were a van driver and two motorbike drivers. They were taken to Patong and Vachira Phuket Hospitals.

Police are continuing their investigation and inspecting local CCTV footage and available dash cam footage (like the one below). In the footage, the bus is traveling, at speed, in the on-coming traffic lane, seemingly unable to stop.

PHUKET – VIDEOAnother angle of yesterday afternoon's collision at the bottom of Patong Hill showing the bus clearly had no brakes, or the driver was unable to use them.VIDEO: Aekkarin Piromrid / Sugusoil Oil / Newshawk Phuket

Posted by The Thaiger Radio on Wednesday, January 23, 2019 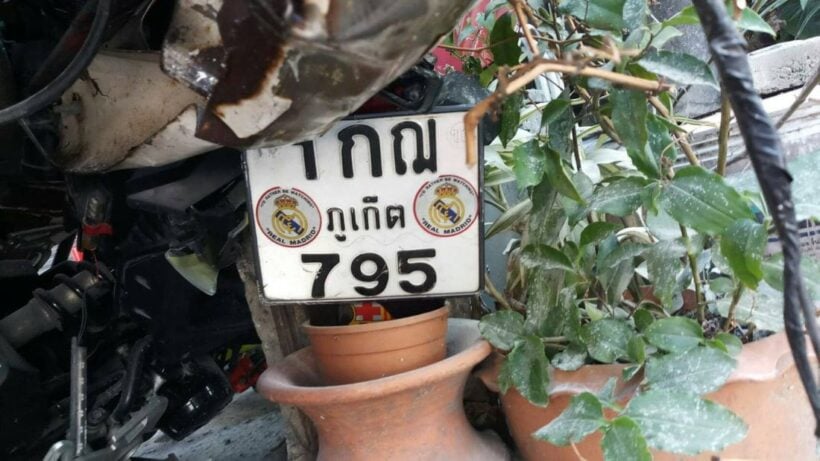 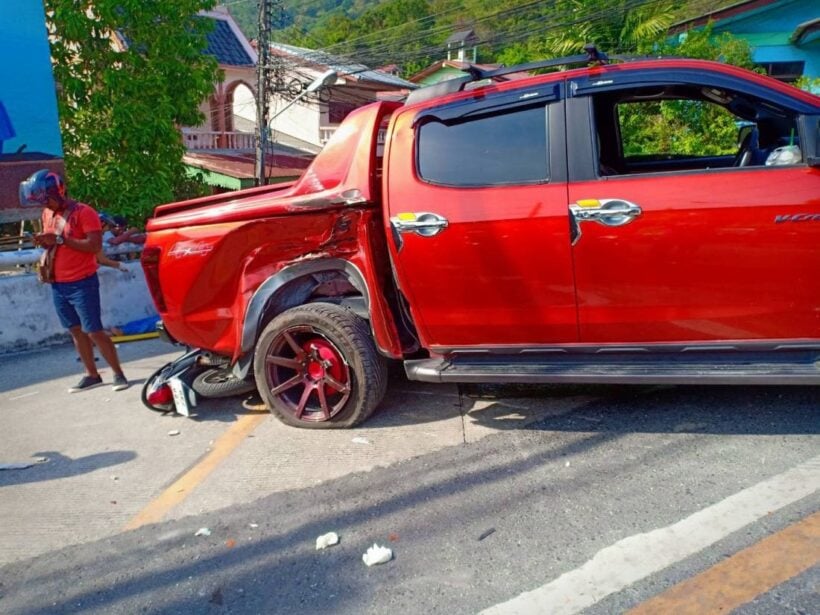 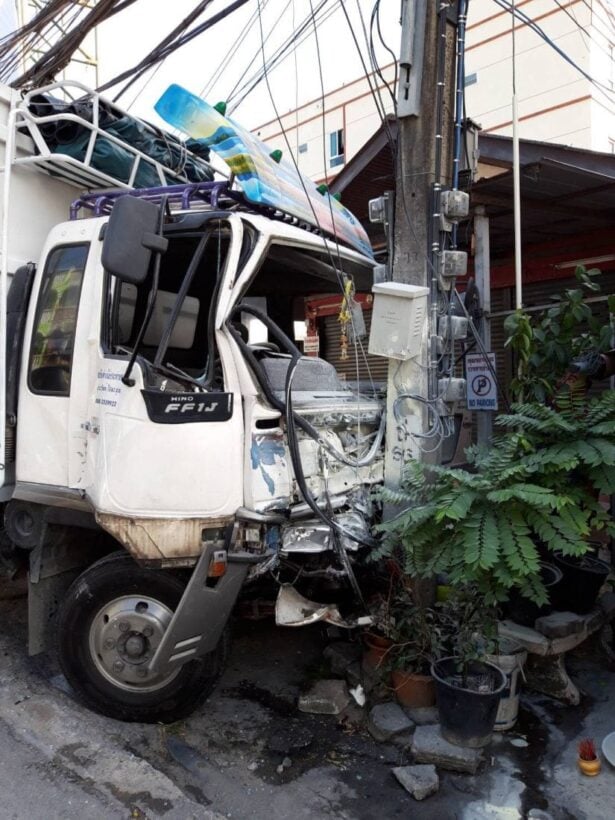 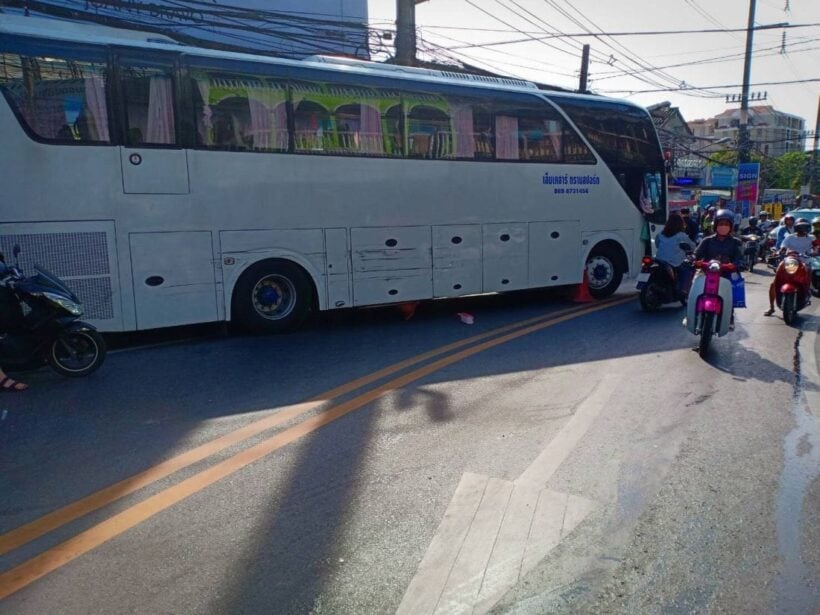 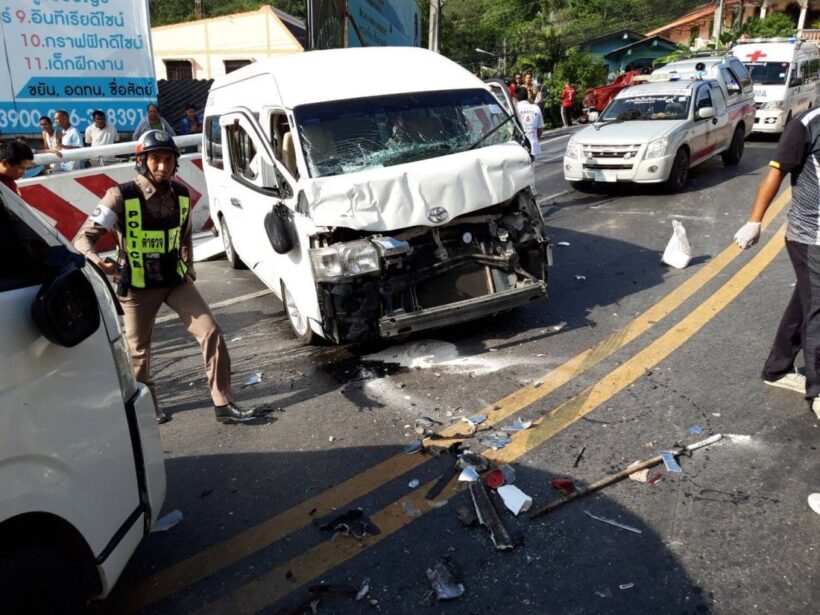 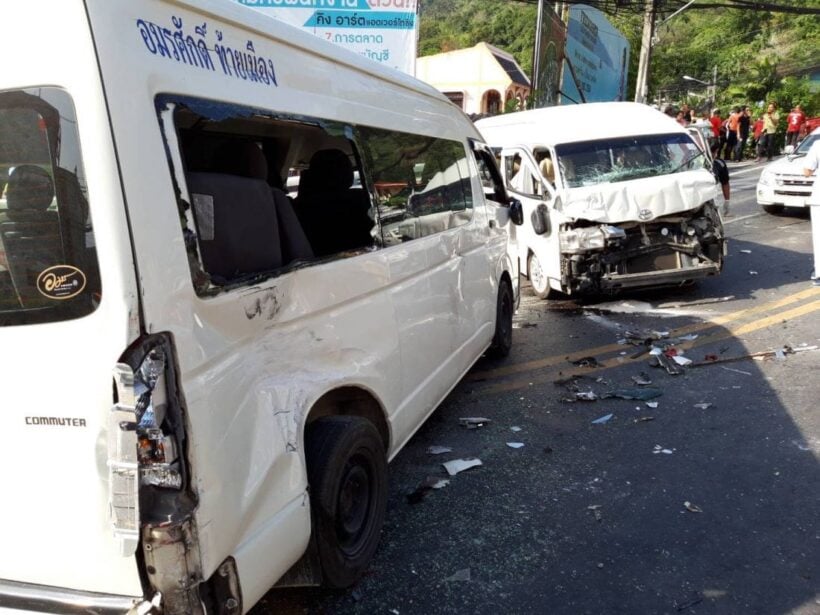 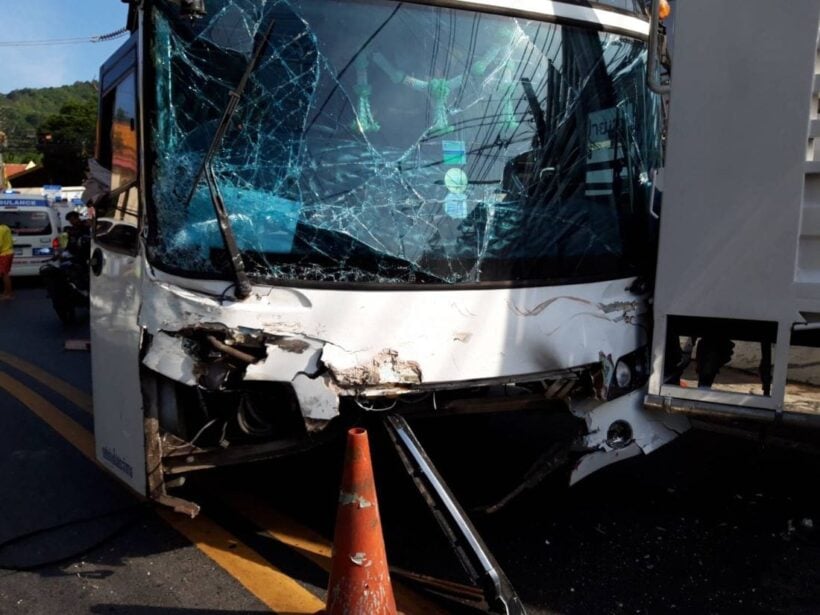 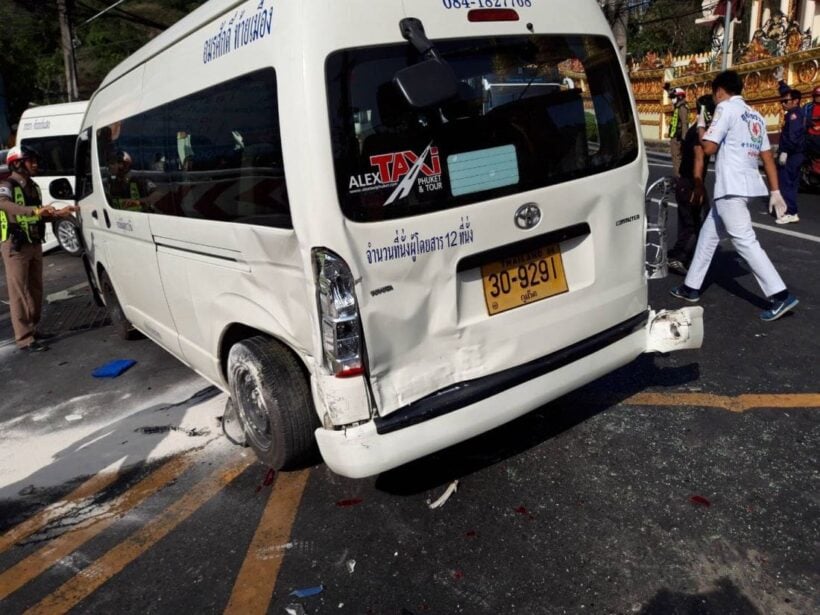 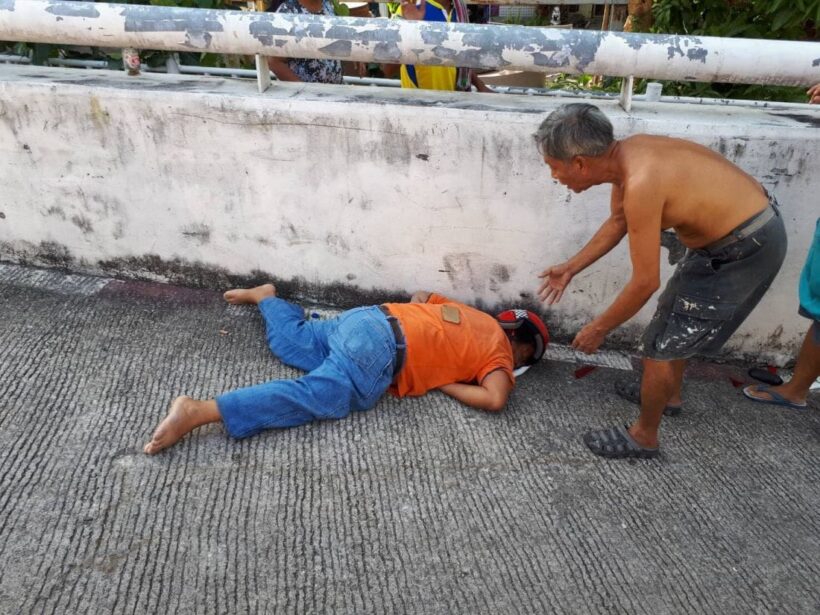 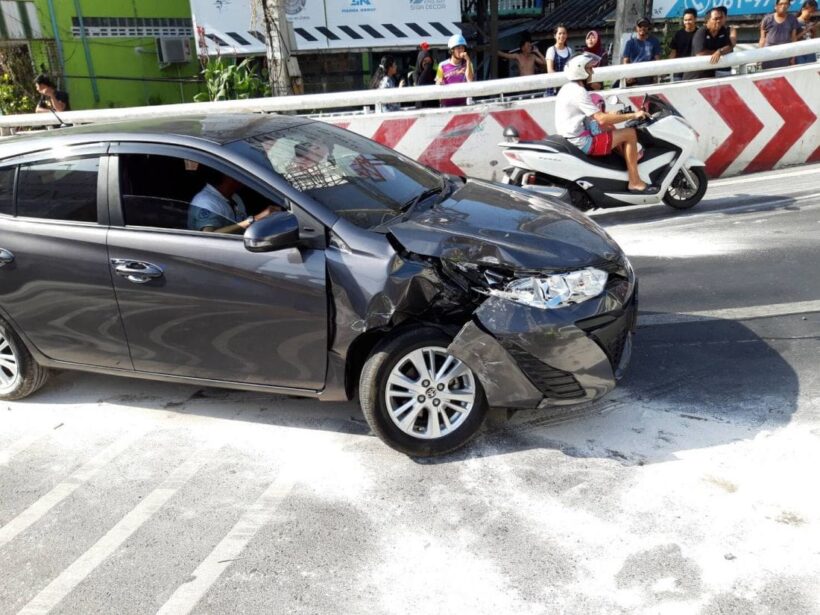 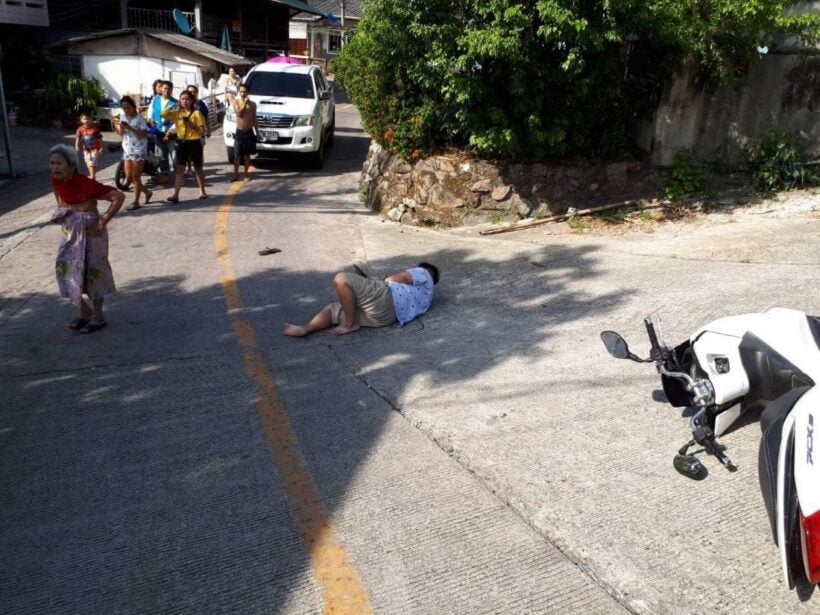 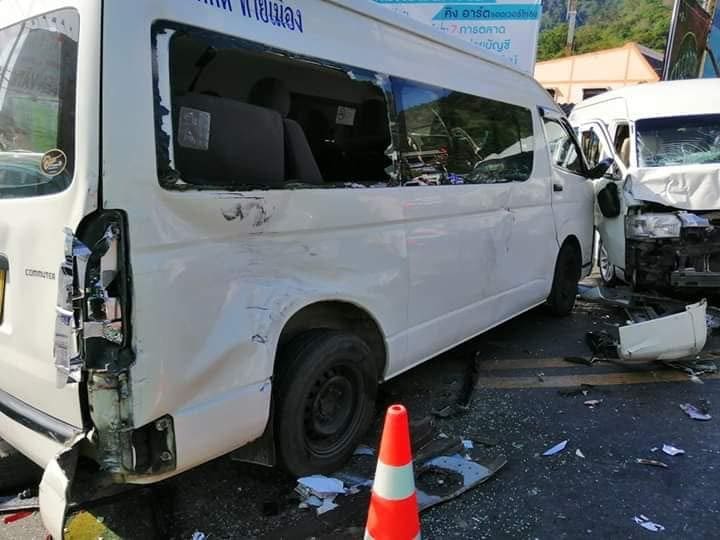 All day dining at The Patong Bay Hill Resort – Phuket