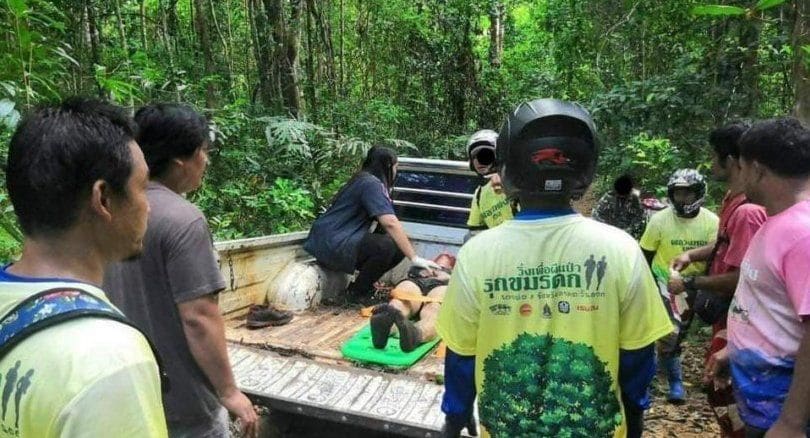 Runners in a Chon Buri trail running event over the weekend ran into a herd of wild elephants.

One of the runners was injured during yesterday’s encounter.

Volunteers revealed that the injured runner was among those participating in the 25 kilometre run along the Ploung Thong Trail in Chon Buri’s Bo Thong district.

A volunteer told national park officials that they wee at the 10 kilometre mark of the course when they ran into the herd.

“Forestry officials fired some shots to scare off the giants but without success. The runners had to make a dash for it and one of them fell during the escape and broke her arm.”

Trakoon Sawan-arom, the kamnan of Tambon Ploung Thong and the chairperson of the event-organising committee, says that apart from the runner who fell, another was injured because a wild elephant hit her with its trunk.

“Forestry officials helped the injured runners out of the trail course and rushed them to hospital,” he said, adding that he had already visited them at a local hospital. He has denied rumours that a wild elephant stomped on a runner.

One dead, seven injured as car collides with bus in Chon Buri