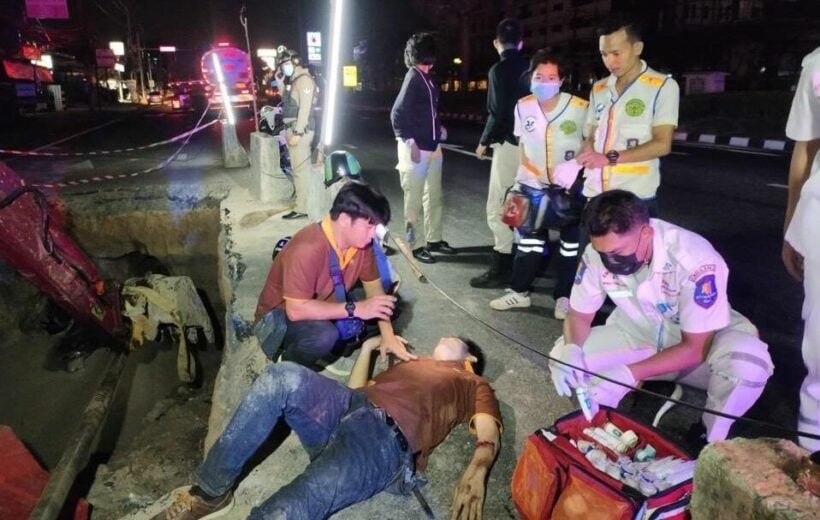 A motorbike driver has been injured after his bike plunged into a 2-metre deep construction pit in the Naklua area of Pattaya. The Pattaya News reports that the accident occurred around 4am on Thursday morning, with rescue workers arriving to find the bike at the bottom of the pit. 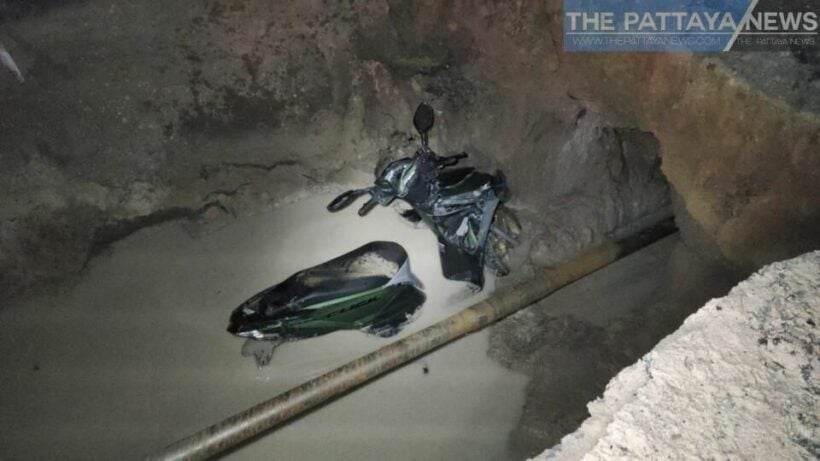 The driver, 39 year old Wassapon Thataworn, had managed to climb out of the hole, despite his injuries, and was transported to a local hospital for treatment. His friend, who has not been named, says he was following Wassapon on another bike, when the accident happened. He claims the hole was not well-lit.

However, the police disagree with his assessment, saying there were barriers around the pit, as well as several neon white lights. It is not known if anyone will face legal charges over the accident.