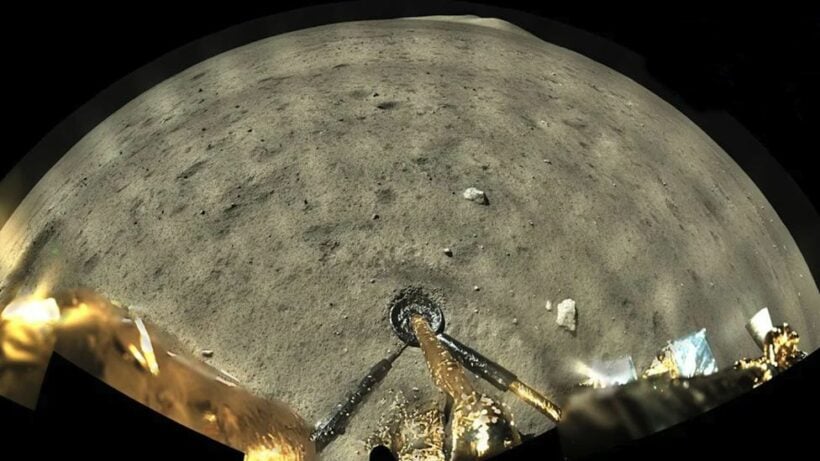 A Chinese space probe, Chang’e 5, is now on its way back to earth after having flown to the Moon, landed, explored, collected soil samples and taken off again. It will bring the first lunar rock and soil samples back to Earth in over 4 decades. The probe is bringing a payload of some 2 kilograms of rocks back for testing and investigation.

The landing hardware included a powered descent system, which is now remaining on the Moon’s surface after last night’s blast off.

The Chang’e-5 Chinese developed and built probe, named after the mythical Chinese moon goddess, look off from the Moon at 11.10pm Beijing time last night. Everything was described as ‘routine’ by the mission control staff following the probe’s 2 days motoring around the lunar surface and collecting samples.

The probe was launched from China’s Hainan island, south of Hong Kong in the South China Sea. It will land in northern China’s Inner Mongolia region after its journey back to earth and the perils of an earth atmosphere re-entry. The arrival back at earth is at least a week away.

Scientists hope the samples will help unravel more about the moon’s origins and volcanic activity on its surface. The Chinese have poured billions of Yuan into its military-run space program. The program’s stated ambitions is to have a crewed space station by 2022, and eventually sending humans to the moon and establishing the first colony.

China is only the third country to have retrieved samples from the moon, following the US and the Soviet Union in the 1960s and early 70s. The last time a mission headed to the Moon was the Soviet Union’s Luna 24 unmanned mission in 1976.

The spacecraft was due to collect 2kg (4.5lbs) of material in a previously unexplored area known as Oceanus Procellarum (Ocean of Storms), a vast lava plain, according to the science journal Nature.

Beijing is looking to finally catch up with the US and Russia after years of belatedly matching their space milestones.

Another Chinese lunar rover landed on the far side of the moon in January 2019 in a first that boosted Beijing’s aspirations to become a space superpower. The mission of Chang’e 5 was on the side of the Moon that always faces the earth. 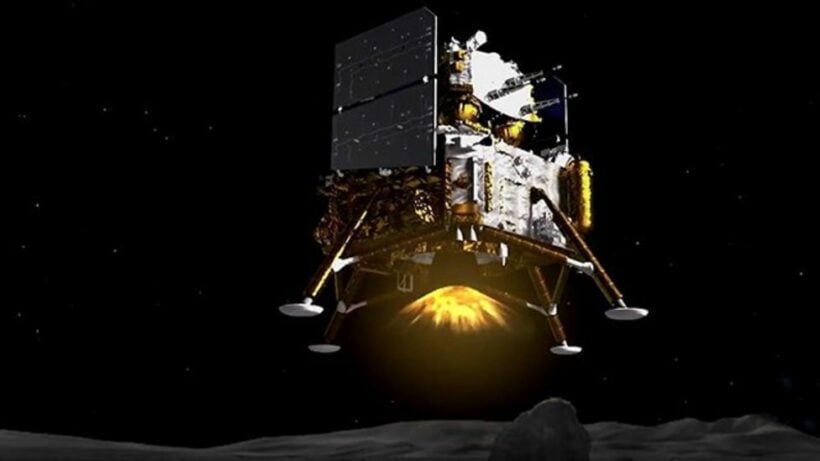