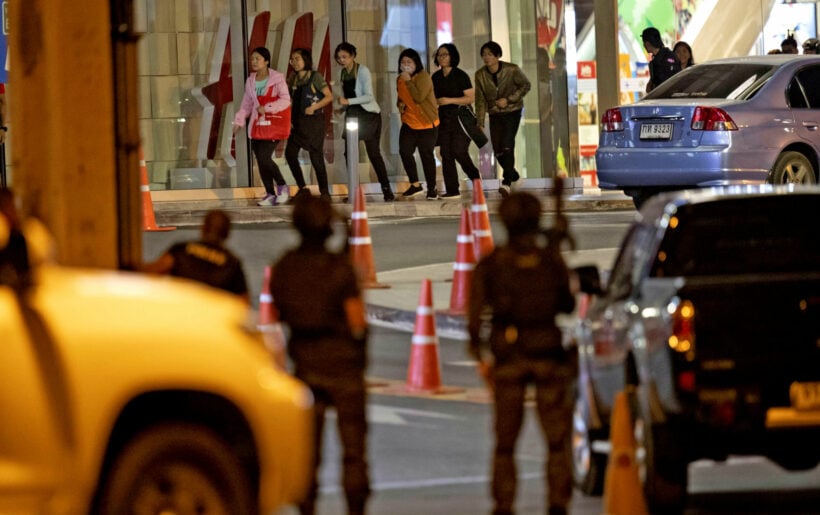 PHOTO: The media has been criticised for its visceral and detailed coverage of the massacre in Korat - APNews

Thailand’s media is under fire from the government’s telecommunications regulator, the NBTC (National Broadcasting and Telecommunication Commission). Cable TV and other news channels, who ignored official orders to stop broadcasting and streaming of Saturday evening’s lockdown and storming of the Terminal 21 shopping centre in Korat, have been informed they “will face consequences”.

Some of the north east’s cable news outlets have come under criticism for their dynamic, live, visceral style of coverage, which regulators say could have compromised the security operations to rescue hundreds of shopper sand worker trapped inside the shopping mall after the armed gunman headed inside, shooting indiscriminately and taking hostages. Authorities complained that the gunman was able to follow the coverage of the security operations on his phone.

A round-up of the situation yesterday morning following the killing of the gunman HERE.

Takorn Tantasith, the secretary-general of the NBTC, said yesterday that several news outlets are being asked to explain why they continued to stream coverage of the operation after 9.30pm.

“I had to call these channels’ executives to ask them to be cooperative because these live broadcasts compromised the security of officers involved in the operation. Even after being asked they didn’t completely tone down their coverage.”

The NBTC secretary general didn’t elaborate on details of the consequences the news channels may face.

In one case on Saturday evening, a reporter for one cable TV news channel continued detailed reports on the movements of police and military operatives on the ground. The live reports included floor plans from inside the mall, snippets of live streams from online media and quotes from police about the ongoing operations. Security authorities ask for co-operation and the live broadcasts to be “toned down”.

A spokesperson for the National Institute of Development Administration says there are hopes that the NBTC can draw up guidelines for media to follow in similar situations.

“It is not the first time that cable TV news channels acted irresponsibly. It’s about time the authorities prescribe guidelines for covering sensitive situations, along with reasonable penalties to ensure compliance,” he was quoted as saying in Bangkok Post.

The department of Digital Economy and Society contacted Facebook early on in the unfolding incident and asked that the gunman’s live stream and homepage be taken down. They say Facebook has also agreed to remove inappropriate images that had been posted including video of people being shot, dead bodies and bloodied and wounded victims.

Other social media outlets have been contacted to follow suit and censor the postings that may contain gory imagery from the bloodbath.