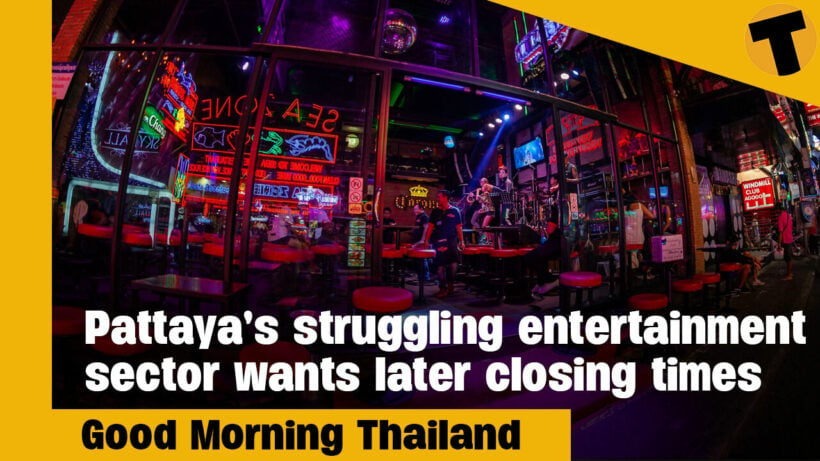 Entertainment officials in Pattaya say the tourism economy would improve if the closing time for venues serving alcohol was 1 am instead of the current 11 pm. Despite Russia banning Facebook in the country just 2 days ago, the Russian Consulate in Phuket has posted on its own Facebook page yesterday. The Russia-Ukraine crisis has already hit Thailand’s import and export trade. The death of TV actress Nida “Tangmo” Patcharaveerapong appears to be an accident based on the evidence. All this and more coming up on today’s Good Morning Thailand with Jay and Jett

PapayaBokBok
10 hours ago, TWS60 said: Root cause is at the airport/government policy on COVID, so later closing time isn't likely to increase the number of customers. Fewer cows in the pasture these days. 2 more hours will allow them to…