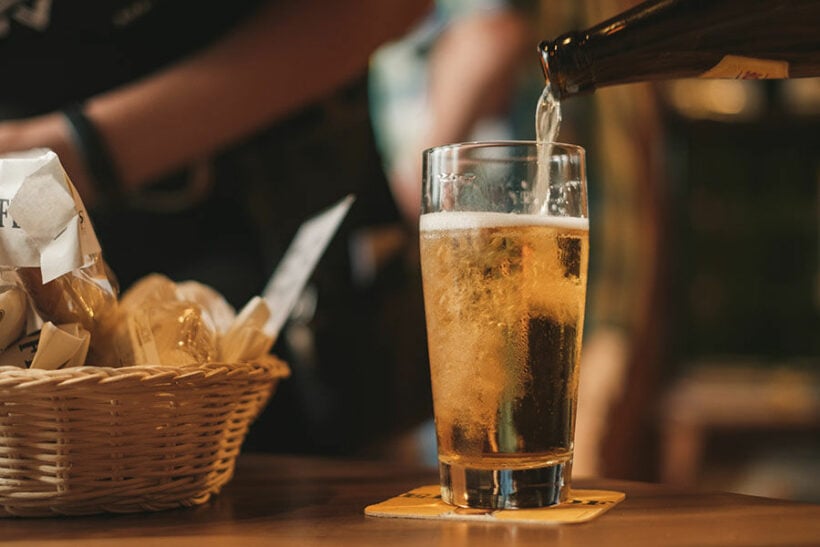 A craft beer delivery company says it’s been fined 50,000 baht for allegedly violating Thailand’s Alcohol Beverage Control Act. Posting on its Facebook page, Beervana says it wants to warn other companies and is also petitioning for the law to be abolished, claiming it’s hurting businesses that are already struggling during the Covid-19 crisis.

Under the act, suppliers are forbidden from promoting particular brands of alcohol, posting branded bottles or glasses, giving alcohol away for free, issuing invitations to try a particular alcoholic product or using celebrities to endorse alcohol brands. The act has been around since 2008 but rarely enforced to any significant degree.

However, the Thai Alcohol Prevention Network has responded to Beervana’s Facebook post, with spokesman Chuwit Chantaras issuing a press statement to explain the reasoning behind the fine. He refutes some of Beervana’s claims, saying the company doesn’t understand the importance of the act.

Chantaras points out that alcohol is responsible for nearly 50,000 deaths a year in Thailand. With bars currently shut and restaurants only permitted to sell alcohol for take away, he claims many businesses are resorting to illegal ways of selling alcohol. These methods include promotions and special deals on particular brands, which violate the act and could make it easier for underage drinkers to get their hands on alcohol.

Chantaras refutes Beervana’s claim that even showing an unbranded bottle or using the word “beer” is illegal under the act, pointing out that it’s only the promotion of particular brands or the use of celebrities to market alcohol that is forbidden.

Pubs and clubs have been shuttered since the end of March but are looking towards being re-opened in the next few weeks in Phase Four of the lifting of restrictions around Thailand. Alcohol is currently able to be purchased and taken home, but restaurants are still not permitted to sell alcohol at their premises.