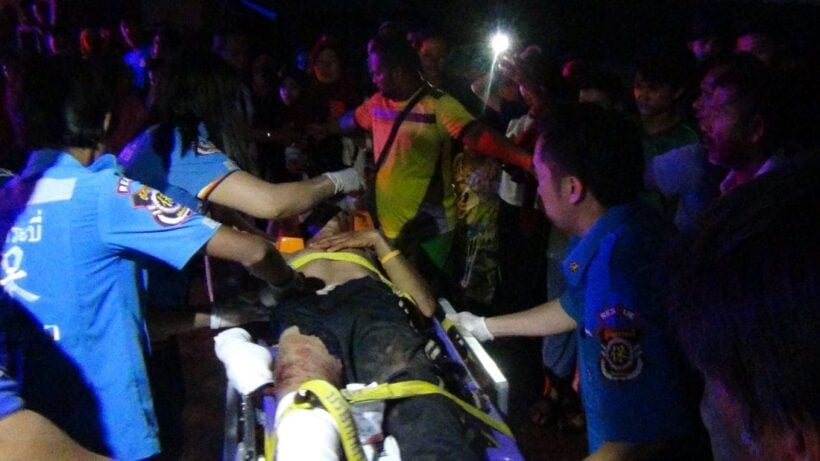 Two Thai men have sustained serious injuries after stepping on a mine at an island near Ao Nang, Krabi.

The Ao Nang Police were notified about the two men being injured from the incident in Ao Nang at 6pm last night.

35 year old Somchaai Longj sustained injuries on his legs, shoulder and a broken leg from the explosion and was taken to Krabi Hospital. The other injured person was 25 year old Boonrod Thongdee who was taken to a hospital in Phang Nga.

38 year old Somkid Tongdee says that he was heading from Koh Mak in Phang Nga Bay with two others friends to an island near Ao Nang in Krabi to collect wild orchids near a cave.

“Boonrod stepped on something in the ground before we heard the sound of an explosion.”

At this stage police speculate that the bomb might belong to a company who received a concession to produce and farm bird nets. They speculate they might have placed the mines to prevent and deter thieves.

The Thaiger has sought comment from provincial police about the possible presence of live mines on a Krabi island.