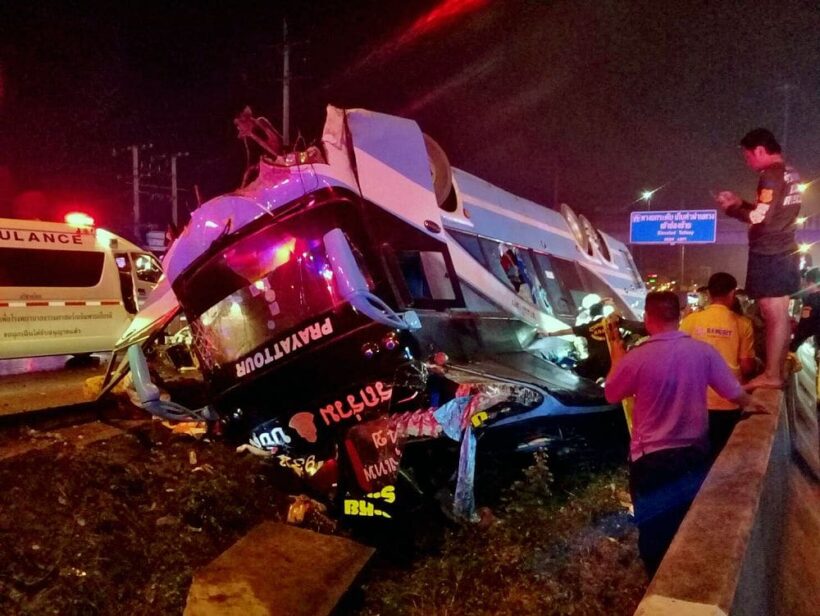 Six people, including a five month old baby, have died after their double-decker bus went out of control on a slippery road in Pathum Thani, north of Bangkok.

The bus overturned and ended up in a ditch early today. 50 other people have been injured in the incident.

Polcie from the Khlong Luang precinct received a call at 3.30am. Officers and emergency responders from the Ruamkatanyu Foundation and other groups arrived at the scene on the Paholyothin Highway in Tambon Khlong 1. 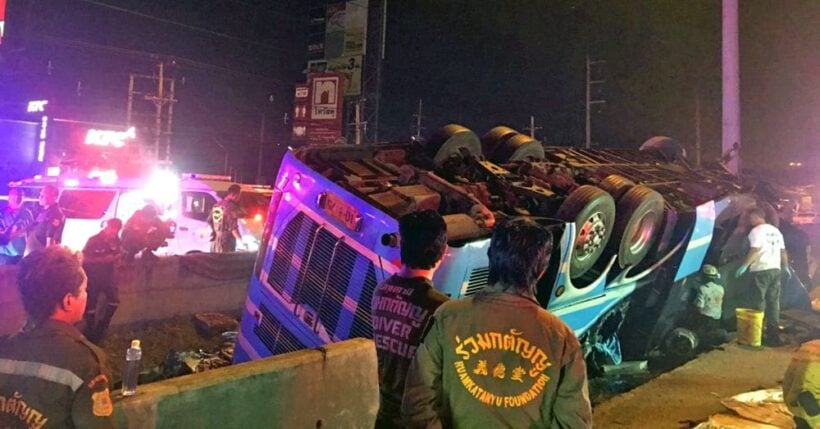 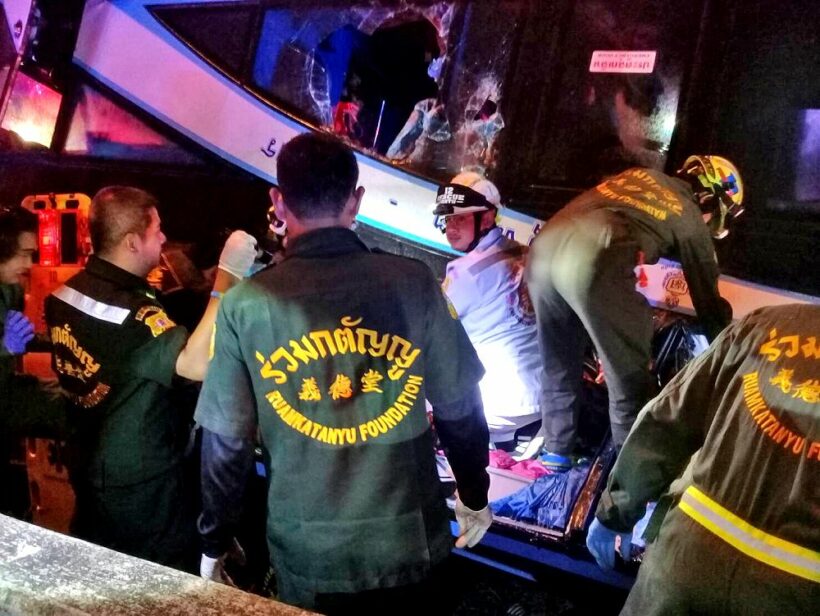 They found many of the passengers still stuck inside the privately operated Bangkok-Phanomprai bus as it was lying in the ditch. Two drivers, who worked in shifts, were among the injured.

Five passengers, including the infant, had been killed instantly. Another of the injured passengers, a woman whose name was not released, was pronounced dead at hospital.

The bodies were taken to Thammasat Chalermprakiat Hospital for autopsies. 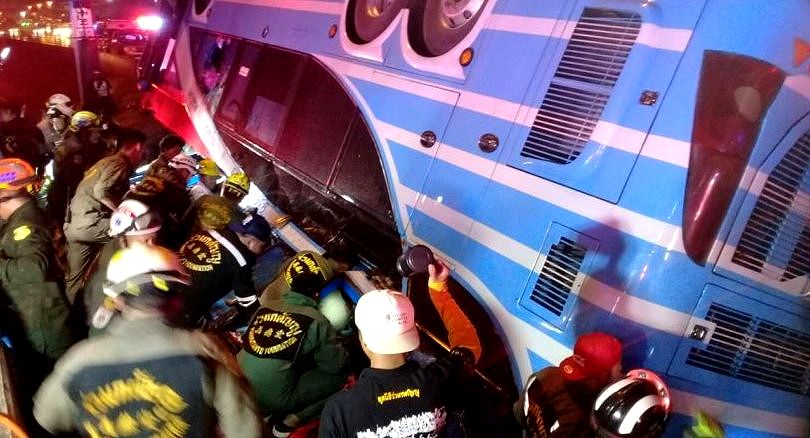