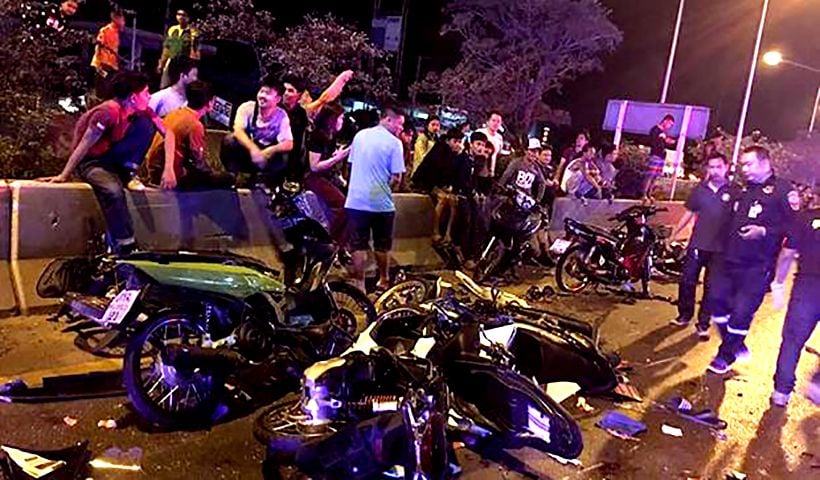 A collision during a late night street race in Bangkok has resulted in the death of one racer and another 18 being injured during a pile up.

The dead biker has been identified as 20 year old Jeerasak Chanprieng.

The incident took place in the early hours of Sunday (1:15 am) when emergency responders were called to Rama II Road in Muang district to find nineteen racers strewn all over the road.

Police report that one or two of the motorbikes may have lost control causing a chain reaction which brought the whole group down. They also believe some other racers involved were able to flee the scene but says they will be found and brought in for questioning.

Rama II and Phetkasem roads in Bangkok are notorious for bike racers and often become race tracks during early hours on the weekend.

The racers will most likely face charges for reckless driving and public disturbance but are currently waiting for police to round up all those involved.