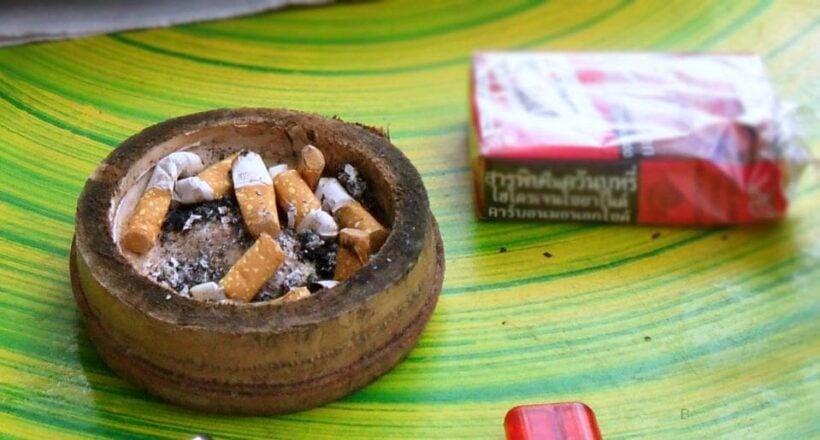 Growers of tobacco in Thailand, and those selling cigarettes and tobacco products, are feeling the pinch as illegal foreign cigarettes flood the local market.

Sanook reports that the Thai Tobacco Monopoly says changes to excise regulations means a packet of the cheapest Thai cigarettes would rise from 60 to 90 baht per pack from October this year.

A tobacco retailer who runs a shop called Cho Huay claims the tobacco industry is at its worst in 30 years.

Ampha Korkiatsakun says he was being forced to sell some brands at a loss as there were no customers and the cigarettes were wasting on the shelves. He said there had been a 70% drop in demand for Thai cigarettes as foreign cigarettes were becoming relatively more competitive.

“I can still survive selling foreign brands and loose tobacco but only just.”

Sanook is reporting that the rises in taxes is going to have a major impact on Thai tobacco growers.

The industry claims that in the 2018 fiscal year the TTM sold 10 billion less Thai-made cigarettes.