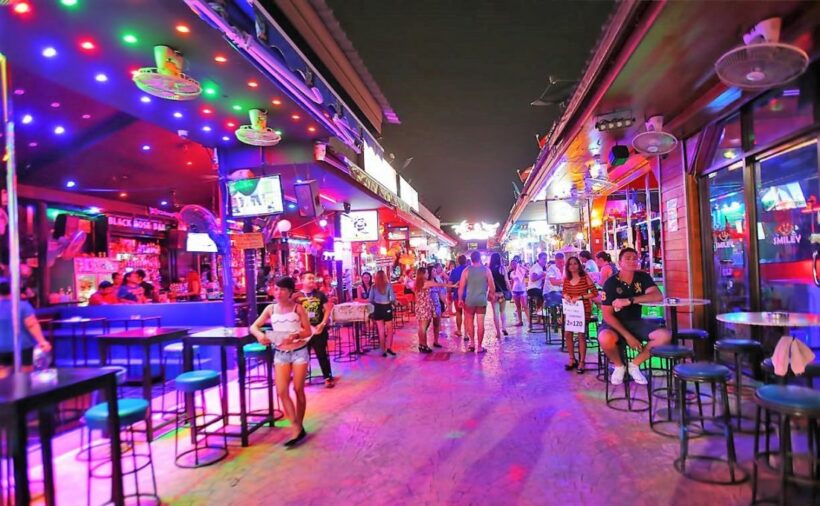 Some academics oppose the Tourism and Sports Minister’s idea to allow entertainment venues to remain open until 4.00am.

Udomsak Saengow of the Centre for Alcohol Studies is one of those suggesting that more research is needed before such a move.

“Civic groups have worked hard to limit access to alcohol and they succeeded in lobbying for shortening the closing times from 4am to 2am. When opening times are extended, drinking hours are also extended. The more people drink, the less they can control themselves.”

But Tourism and Sports Minister Phiphat Ratchakitprakarn argues that extended opening hours would boost the economy and the Tourism Authority of Thailand (TAT) agrees.

TAT governor Yuthasak Supasorn says extending opening times would increase spending, particularly when some foreign visitors find that a closing time of 2.00am is too early. He also stresses that the new opening hours would not apply everywhere.

“The 4am closing time would be restricted to destinations which mainly cater to foreign visitors.”

But coordinator of Alcohol Watch Network, Chuwit Chantaros, disagrees that the move would help the economy, arguing that it may lead to an increase in injuries or deaths among drunk tourists. Such an increase would only end up costing businesses.

“We have research findings showing that we lose 2 baht for every one baht we gain because of property losses as well as deaths and injuries which cause further material losses. If the operating hours are extended, more losses are anticipated.”

But Weerawich Kruasombat, head of the Patong entertainment business operators’ union, is in favour of the move.

“For years, we have been pushing for extended closing times in the Patong and Bang La areas. These districts currently generate 20-30 million baht in income per night and the extra two hours will boost income by 30%-40%.”

The debate rages on, with interested parties in the relevant tourist areas planning to meet with the TAT to discuss the matter further.