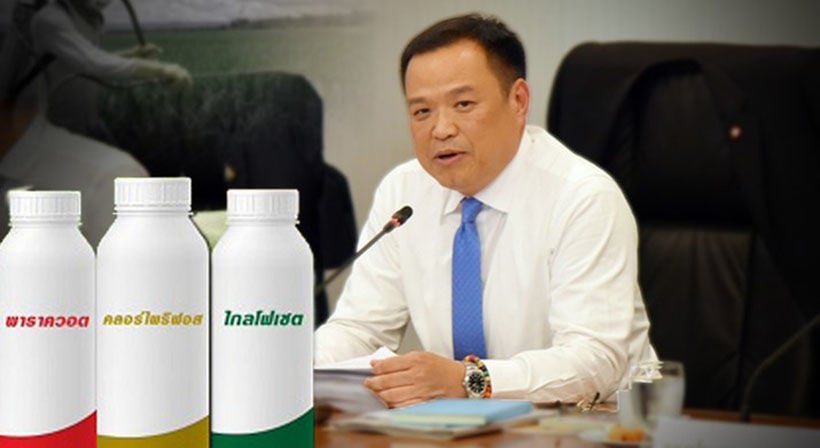 Taking a break from handing out face masks and berating “dirty farang”, Thailand’s Public Health Minister Anutin Charnvirakul confirmed yesterday that the proposed ban on three hazardous pesticides will go ahead as scheduled on June 1.

According to a Nation Thailand report, Minister Anutin refused to entertain proposals from both the Industry Minister Suriya Juangroongruangkit and the Chairman of the Thai Chamber of Commerce, Kalin Sarasin, that the ban be kicked further down the road.

The chemicals in question are paraquat, glyphosate and chlorpyrifos and, while Anutin acknowledges their role in reducing costs for the farming sector, he says the health of the nation takes precedence.

It’s understood that replacements for the pesticides are yet to be confirmed, with the National Hazardous Substances Committee set to meet on June 30 to discuss three possible alternatives proposed by the Department of Agriculture.

The department is also proposing new regulations to govern the production, import and export and possession of harmful substances, expected to be ready for review today.