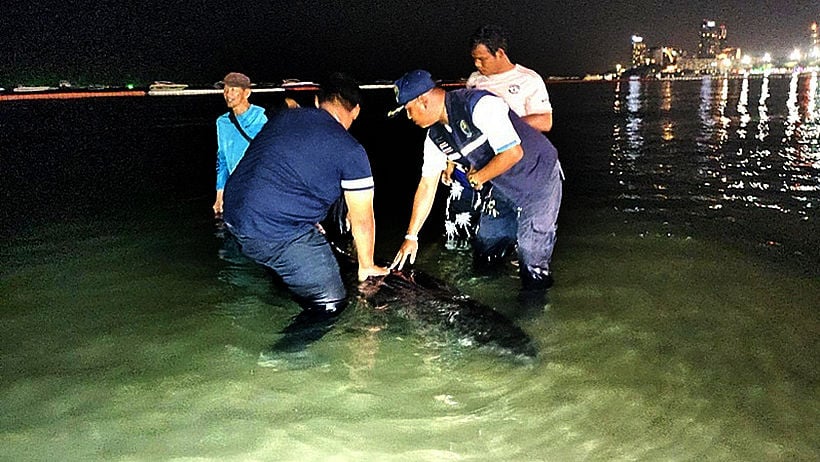 The beaching happened after after local Jirayu Wanphusit was shore-fishing when he noticed a small tug on his line. The tug became a full on drag as the fishing rod, and Jirayu, were pulled into the water.

His pursuit of the ‘best bar story ever’ was cut short when he saw a huge creature floating in the waves. At first he thought it was a huge shark but then he realised it was a more like whale. He called the police.

Locals and foreign tourists gathered along the shore to watch as police and Marine Department officials cordoned off the area to prevent anyone unqualified from going near the marooned mammal.

Veterinarians from the Sea Turtle Conservation Centre in Sattahip attempted to apply first aid to the 3-4 metrefalse killer whale, which had been injured in several places.

One of the vets, Kornkamol Kitikamara, said it showed signs of stress, seizure and arrhythmia. The team continued checking its condition hourly while monitoring environmental factors that could have disturbed it, such as light and sound.

Just after midnight, aided by Sattahip Naval Force personnel, the team managed with a struggle to hoist the heavyweight mammal onto a truck that could park no nearer than 100 metres away.

The sea mammal was transported to the conservation centre, where it is being assessed and nursed back to health. 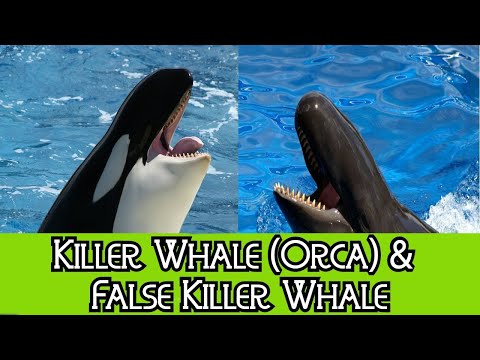 ‘False killer whale’ rescued after being washed ashore in Pattaya