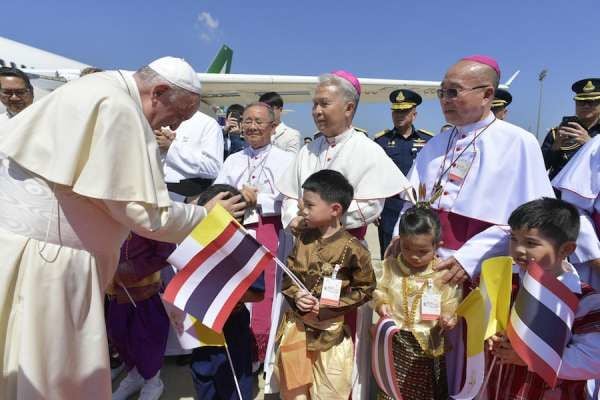 Pope Francis was making calls for migrants to be made welcome and women and children to be protected from exploitation and abuse. The comments were made during the second day of activities for the leader of the world’s catholic church in Thailand today.

The irony of the Pope’s comments would have surprised many with the Catholic Church still embroiled in litigation over decades of abuse by Priests on younger members of their church, mostly boys and young men. The Church leadership, all men, also preach antiquated dogma and interpretations of Christian teaching forbidding abortion, contraception or allowing women to become leaders within the church.

The church, itself, has been forced to investigate more around 3,000 of its priests over accusations of sexual abuse, with thousands more being taken to court around the world.

Meanwhile, His Holiness pleaded for action against one of the region’s greatest scourges, human trafficking to fuel the forced labour and sex trade industries.

He praised the Thai government’s efforts to fight human trafficking in a speech delivered at the PM Prayut Chan-o-cha’s Government House offices. He also appealed for greater international commitment to protect women and children “who are violated and exposed to every form of exploitation, enslavement, violence and abuse”.

He called for ways to “uproot this evil and to provide ways to restore their dignity”.

“The future of our peoples is linked in large measure to the way we will ensure a dignified future to our children.’

The US State Department has faulted Thailand for failing to fully crack down on traffickers who induce young Thai girls into pornography, as well as the exploitation, including via debt bondage, of migrant workers in commercial fishing enterprises. The Thai government has insisted it has made significant progress in cracking down on human trafficking and has vowed continued cooperation with international bodies to improve.

Francis has made the fight against human trafficking an important issue of his papacy, describing it as “a crime against humanity”. The Vatican has hosted several conferences on eradicating trafficking, featuring women freed from forced prostitution.

While Thailand has a tradition of taking in migrant labourers and sheltering people fleeing from danger in neighbouring countries, it also has a checkered history of deporting foreigners who are in the country illegally, even if they are recognised by the United Nations as refugees who are fleeing persecution. In addition, up until it signed an agreement with the UN refugee agency this year, Thailand held child asylum-seekers in detention centres.

In his comments made alongside Thai officials, Francis thanked the country for its historical role welcoming migrants from across the region, who are drawn to Thailand for economic opportunities. But he said all countries must do more to resolve the conflicts that fuel the “tragic exodus” of forced migration.

“May every nation devise effective means for protecting the dignity and rights of migrants and refugees, who face dangers, uncertainties and exploitation in their quest for freedom and a decent life for their families.” 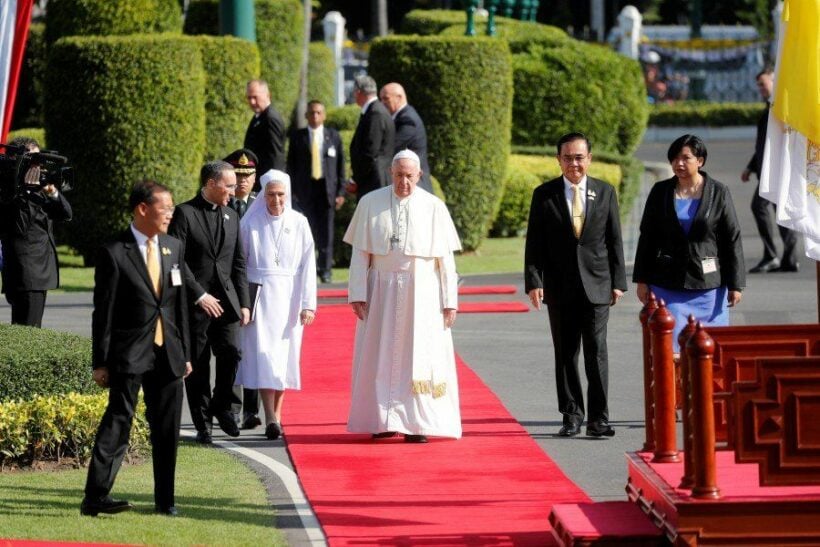 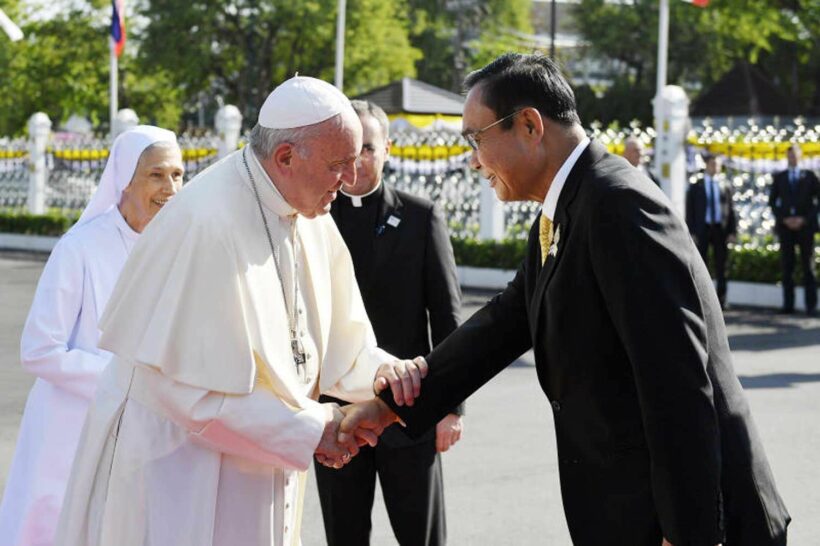