Seven people are now dead and at least 2 injured following the collapse of a petrol station construction site near the Home Pro building in Thepkasattri Road in Thalang, northern Phuket. The latest source of deaths and injuries comes from Thai Rath.

Construction labourers were stuck under an enormous slab of concrete early this afternoon at 12.50pm. At least five people were rushed to hospital immediately following the collapse. At least three were believed to have died on the construction site.

Efforts continued during the afternoon to recover more bodies as officials and police move in to assess the damage and start a full investigation into the avoidable tragedy.

Meanwhile, the Department of Labor Protection and Welfare in Phuket says they still investigating the Rawai collapse of a condo building under construction at the VIP Mercury Condominium project. In that incident one Burmese worker died. Eight other workers, mostly Burmese, were injured in that collapse.

The two incidents put severe doubt on the quality of the construction industry on a busy island clamouring for the completion of developments and infrastructure. 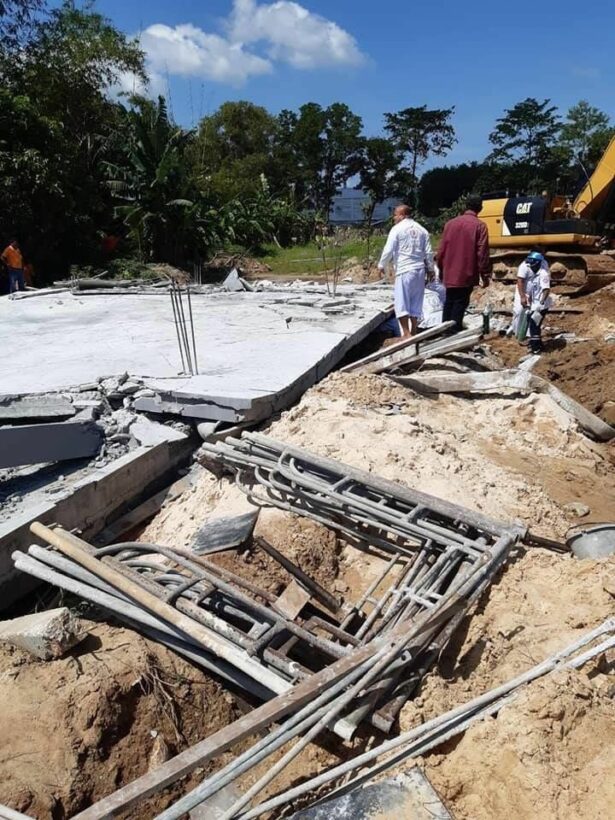