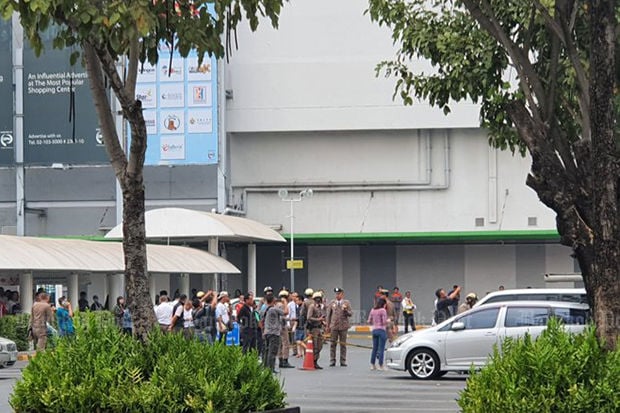 Police rushed to the Central Plaza mall in Nontha Buri province, just northwest of Bangkok, yesterday, after reports of gunshots inside the mall. The sound of shots was reported at about 4:20pm and people fled the building in the city’s Muang district.

There were no reports of death or injuries. Local radio station Jor Sor 100 traffic radio later reported a suspect had been arrested and people had begun returning to the mall.

The country is still recovering from the slaughter at a mall in Nakhon Ratchasima on February 8-9, when a gunman killed 29 people and wounded 58, and the recent murder of an estranged wife by a man at a mall in Bangkok

A video clip by @ppappangjj showed shoppers fleeing for their lives to go outside the Central mall.