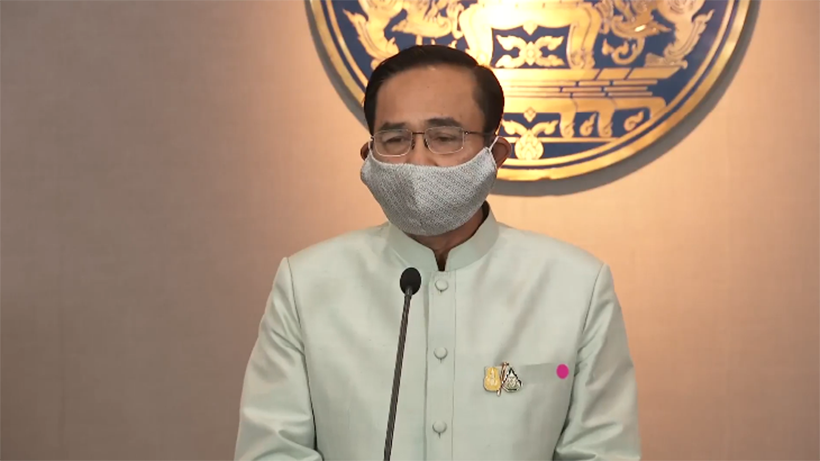 Thai PM Prayuth Chan-o-cha told a news conference today that Thailand will be under emergency decree from this Thursday (March 26) until the end of April, 2020 to deal with the Covid-19 coronavirus outbreak in the Kingdom.

The decree means the PM will have the executive power to declare further measures to contain the virus, including giving extra authority to officials and creating checkpoints to reduce people’s movements.

The Emergency Decree act of 2005 gives the government sweeping powers to enact these measures.

He urged people not to return to their home provinces and said there will be checkpoints and quarantine measures taken along the way for those who do. Provincial governors have full authority and are cooperating to quarantine those trying to return. Violator of quarantine or self isolation face fines of up to 20,000 baht.

The emergency decree gives various powers, including the potential restriction of domestic travel, censoring media, curfews, commandeering or closing building, among others.

None of these measures has been officially announced and will not be until at least this Thursday. Rumours of a curfew taking place as early as this evening are false.

The PM also said that social media will be “very closely monitored” during the emergency decree period. Those sharing fake news or making claims of cover-ups or conspiracies “will be prosecuted to the fullest extent of the law.”

Thailand reported 3 deaths and 106 new coronavirus cases today. The country now has 827 cases and four fatalities since the outbreak began.