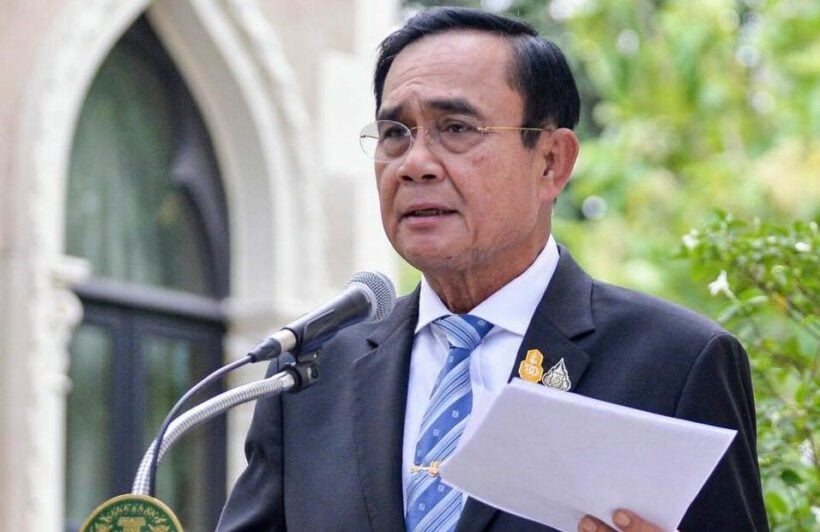 Despite a rise in Covid-19 infections in the Kingdom, Thai PM Prayut Chan-o-cha insists there will be no nationwide lockdown. He says local governors are empowered to make the necessary decisions for their own provinces, should stricter measures be required to contain the spread of the virus. The PM was speaking while on a visit to the eastern province of Chon Buri, where a spike in cases has led to the closure of non-essential businesses in Pattaya and Banglamung.

The PM is also calling on members of the public to report any illegal gambling venues in their area, pledging to take action against such establishments. The eastern province of Rayong is currently dealing with a Covid-19 outbreak linked to an illegal gambling den. The provincial chief of police, Papatdet Katephan, has been transferred after he tried to deny the venue existed.

Meanwhile, Sophon Iamsirithavorn from the Disease Control Department says anyone who has visited the Rayong districts of Klaeng, Ban Khai, Nikhom Pattana, Muang and Ban Chang since December 1, should see a medical professional for a Covid-19 test if they develop a fever, cough, sore throat, or lose their sense of smell. It’s understood a family of 7 who travelled to Rayong in a minivan between December 17-20, have all tested positive for the virus, with infections linked to the province now being recorded in Chiang Mai, Lampang, Amnart Charoen, Ayutthaya, Nonthaburi and Trat provinces.

The case for temporarily closing hotel and restaurant operations