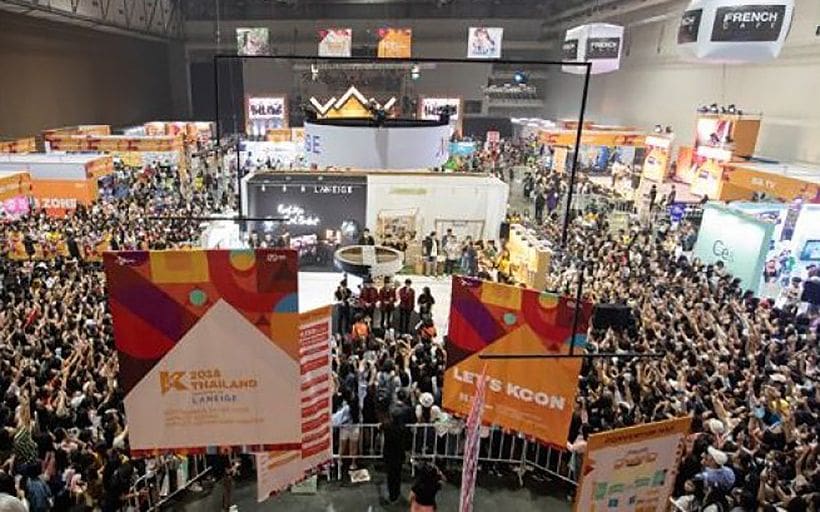 In case you’ve been living under a rock, K-Pop, the garish, highly-produced pop/RnB/hip-hop fusion coming out of South Korea, is the biggest ‘thing’ in international pop music sales at the moment. And KCon – a celebration of everything K-Pop – has just swept through Bangkok.

No fewer than 40,000 devoted fans of the Korean Wave massed at Impact Arena and the adjoining exhibition centre for KCon 2018, perhaps the biggest South Korean spectacle seen in Thailand to date.

There was K-fashion, K-beauty, K-food, K-dance, K-drama and of course unrelenting K-pop, with some of the biggest names in the genre performing. (Although BTS, the most popular of them all, is on a sell-out tour in cities around the US and London in October.)

With the pop tunes scheduled for the evenings, the huge turnout – mainly Thai teen girls but also plenty of visitors from elsewhere in Asia – spent the daylight hours checking out the non-musical action on two stages. To read the story any further probably requires a crash course in K-Pop, so don’t worry if you get a bit lost in all the names and song titles. 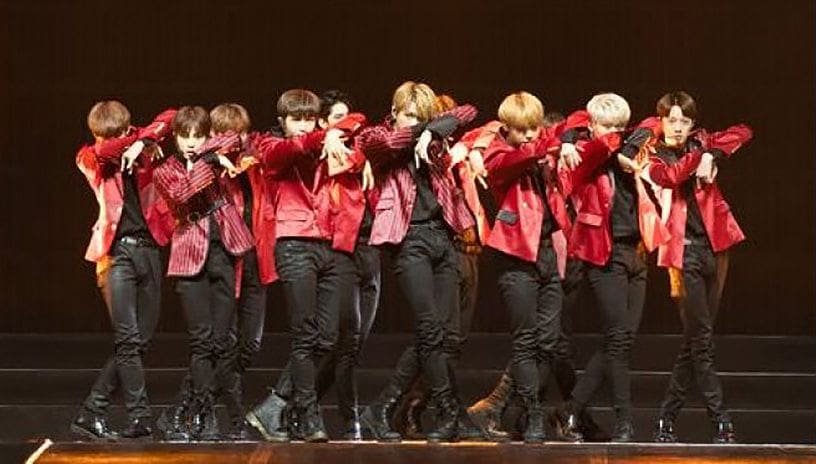 The Star Square offered events such as “Oppa loves Thai”, “Thai Influencer” and a “K-Pop Cover Dance Workshop”, but also, at something known as “Exclusive Fan Engagement”, a chance to practise screaming at members of Golden Child and Nature.

The KCon Stage had Nature holding forth about beauty topics. Kim Chungha (Chungha) and Monsta X did sessions with Tofupop Radio and Cho Yumyong of YMC Entertainment and Lee Jooseob of MNH Entertainment presented the success of Chungha and Wanna One.

MNH put Chungha on the TV reality show “Produce 101”, in which girl groups battle for survival, and she finished fourth, then joined other trainees in the “project girl group” IOI, which released the mini-album “Chrysalis”.

She’s found far greater fame as a solo artist and has released three mini-albums that spawned the hits “Why Don’t You Know” and “Roller Coaster”.

Wanna One – the first K-pop group to sell a million copies of a debut album – emerged from the same reality show, as an 11-member boy band, and have scored success with the tracks “Energetic”, “Burn It Up”, “Beautiful” and this year’s “Boomerang”, backed by a world tour.

“We usually only see the music idols’ abilities onstage, but for Wanna One and Chungha, their personal life stories make us understand and feel for them more,” said Cho Yumyong.

“That’s why the number of fans for both of them just keeps increasing. We impress on them when they’re rehearsing that they have to do their best for the fans, and they never stop trying because they want to get better and better.”

Lee Jooseob confirmed Wanna One and Chungha’s popularity among the fans and added that, “No matter what content we attach to them, they just become more outstanding.” Lee had just had a meeting with Nichkhun (Nichkhun Buck Horvejkul), the Thai guy in the South Korean boy band 2PM.

“He called me yesterday and made an appointment to meet me in the lobby of my hotel and we had a long talk. I was impressed to hear he was trying to read a book in Korean that would be difficult for even Koreans to understand. I asked him why and he said it would help him understand the language better.”

Thai fans had set up K-pop booths where anyone could get their picture taken posing with a life-size cutout pop star. Others inked affectionate messages to the stars on giant boards.

The official opening ceremony in the arena noted the 60th anniversary of diplomatic relations between Thailand and South Korea, something that Nichkhun helps promote and for which he earned a thankyou certificate.

“It’s a great honour for me to have the chance to go abroad and to get foreigners to love our country and culture,” he said.

“I’d like to thank all the Thai fans who support Korean artists.” 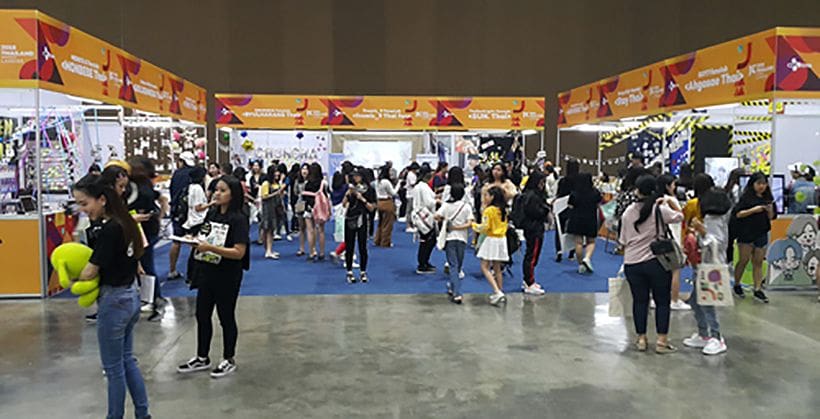 The musical proceedings began with Nature, an even more cosmopolitan group than 2PM, with Chinese and Japanese among the members. They sang their first single, “Allegro Cantibile”, which is a remake of the track that opens the popular anime “Nodame Cantabile”.

More of the genre’s new acts followed onstage – Stray Kids (performing “My Pace” and “District 9”) and Golden Child (“Let Me”, “DamDaDi”). Together, the bands spelled out “THAI” – T for title song with sexy version, H for handsome, A for act cute and I for I Wannabe Like (with everyone agreeing they wanted to be like 2PM).

Chungha followed with “Why Don’t You Know”, “Roller Coaster” and “Love U” featuring DJ Soda, and Sunmi, formerly of the Wonder Girls, sang “Addict”, “Siren” and “Gashina”. The audience basically never stopped screaming and waving around white light sticks that were shaped like the numeral one, referring to Wanna One.

They’d have to wait a little longer for them, but they certainly didn’t shut up when singer Shownu and rappers Jooheon and IM of Monsta X got the stage vibrating to the hip-hop beat of “Runway”. The trio was soon joined by the rest of the group for “Jealousy”, “Hero”, “Be Quiet” and “Dramarama”.
Okay, so finally it was time for Wanna One, and their frenzied female following – known as the Wannable – was melting into one big puddle. 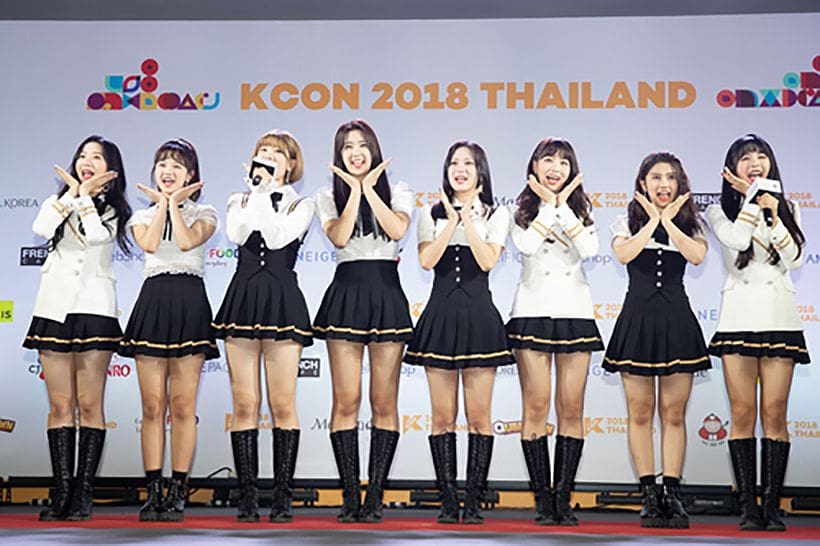 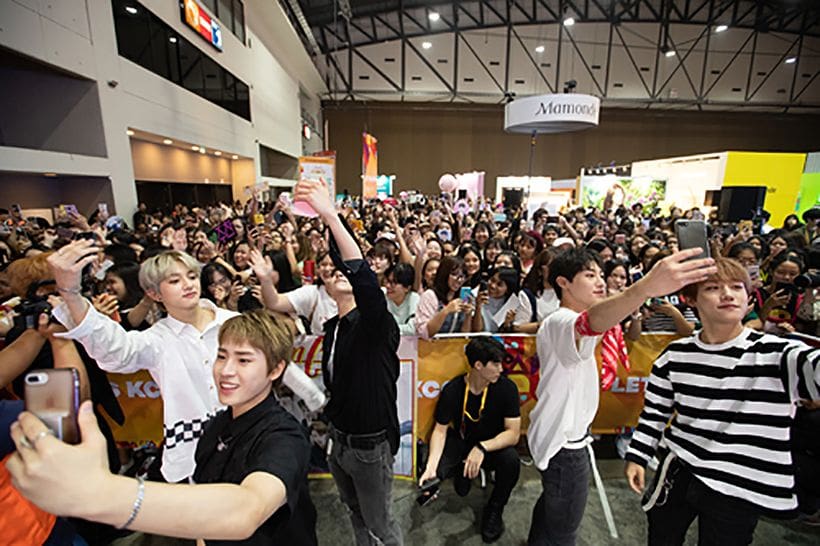 Shoot out at the Tesco Lotus