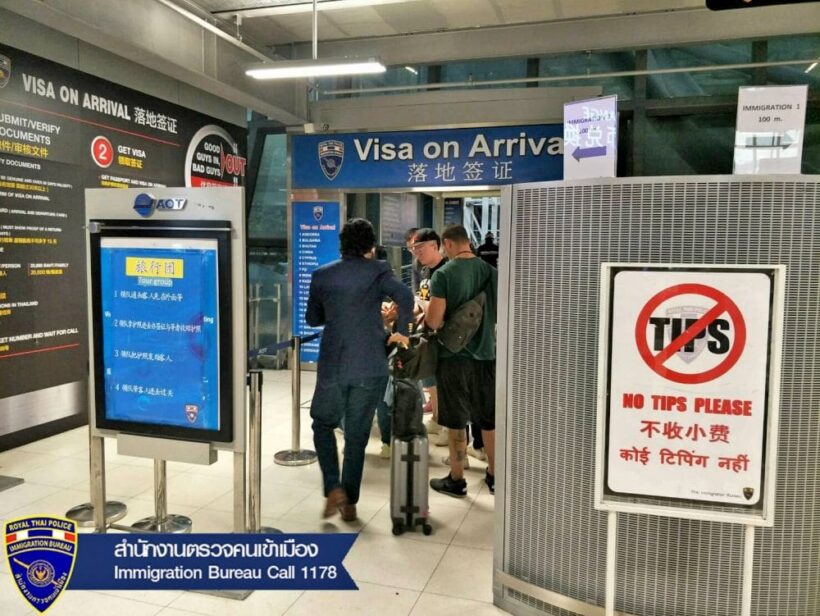 The signage going up nationwide is clear and unequivocal.

That means no more payments to corrupt immigration officials or the agents who collect the tea money from tourists and either pass it on or keep it for themselves. It’s also a tacit admission that the practice of unregulated tips was rampant and acknowledged as part of the day to day business of Immigration in Thailand.

Pictures posted on the Immigration Facebook page showed a permanent sign at an airport that said: No Tips please. It was also in Thai and Chinese.

Another stuck on a window at an immigration office clearly stated in English that visa fees were just 2,000 baht – no more.

At Sadao on the Thailand-Malaysia border, a printed sign on a counter said “No Tip” while an accompanying sign said “No other fees charged in passing this border”.

Surachate started his job as immigration commissioner on Monday after his move from deputy chief of the Thai Tourist Police Bureau where he was involved in frequent high profile crime busts.

One of his first statements as he moved to his Immigration desk was to announce an end to the practice of border officials taking bribes of 300 baht.

Some media reported that the practice had become the norm, with agents charging tourists 2,300 baht for their visas. It was reported that sometimes the fees were kept by the agents themselves but other times they were passed on.

So, even honest officials felt they were being tarred with the brush of being corrupt. Surachate also vowed to go after all agents and their customers nationwide involved in procuring visa extensions with fake documents. 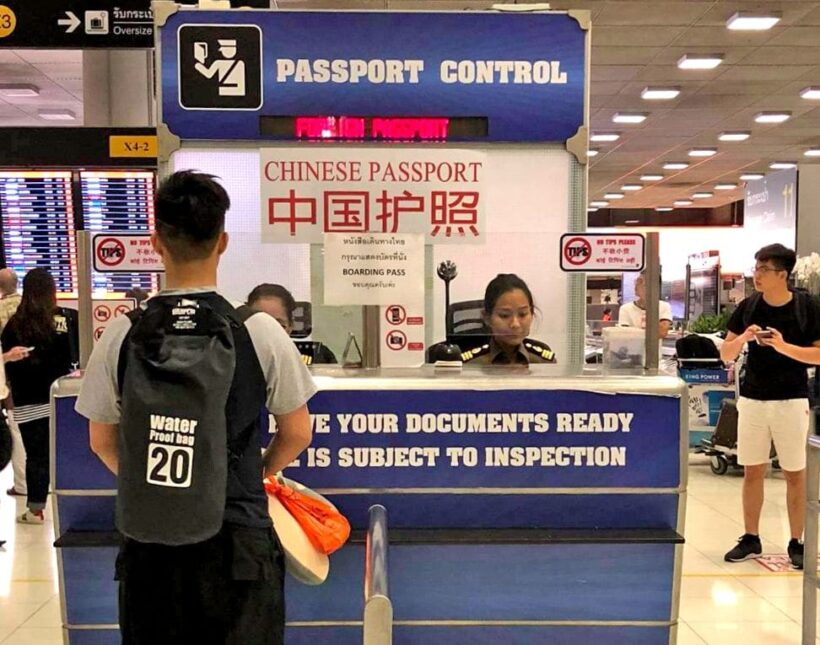 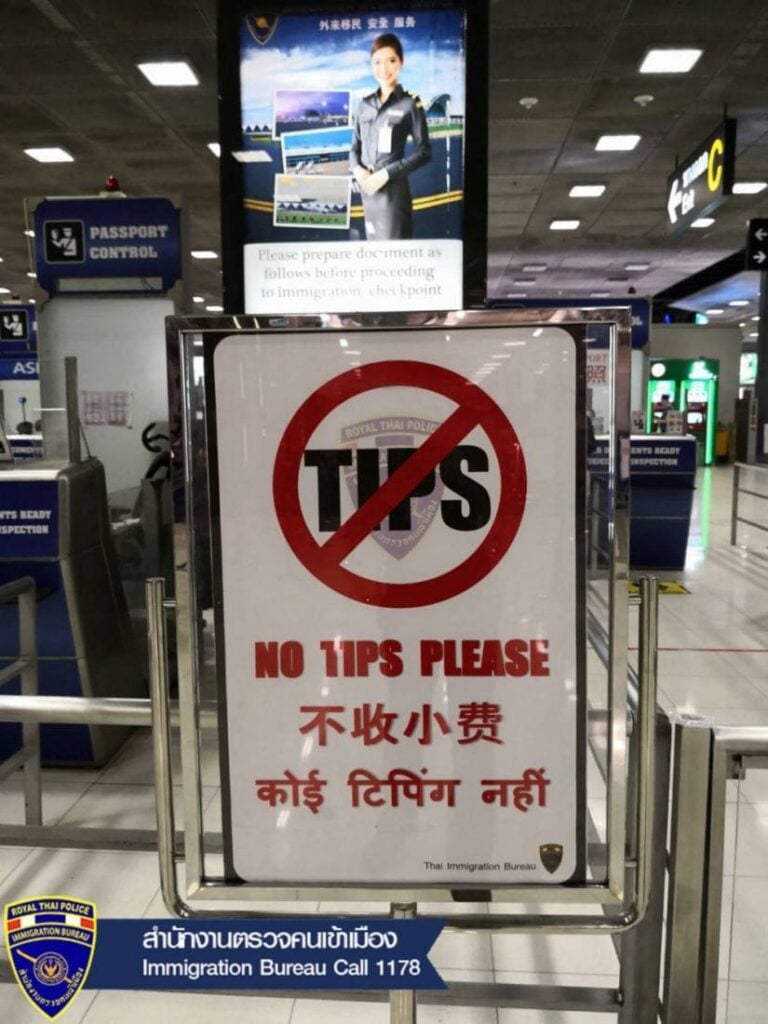