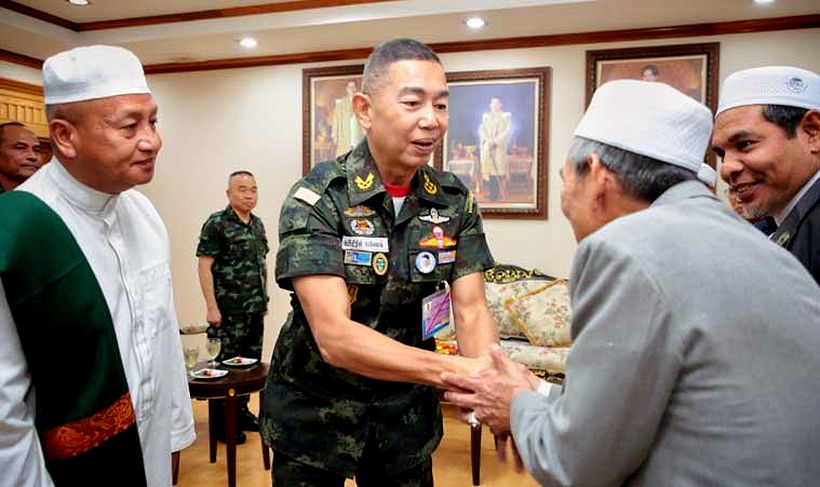 The new Royal Thai Army Commander has paid a visit to the troubled southern region. He’s met with local security agencies who met with him at Sirindhorn Camp in Pattani province, as well as meeting with religious leaders in an effort to continue the peace initiatives undertaken by his predecessor.

Royal Thai Army Commander Gen Apirat Kongsompong has led a delegation to review the work of agencies operating in the southern region, starting the visit with a meeting at the Internal Security Operations Commander Center Region 4 Forward Command headquarters in Sirindhorn Camp of Pattani province.

Gen Apirat revealed after the meeting, which highlighted his first visit to the south as army commander, that he had issued policies continuing the work of his predecessor Gen Chalermchai Sittisat.

He said Gen Chalermchai’s policies were strong while adding that violent incidents in the south must be better categorised as they stem from different reasons such as narcotics dealing, general crime and personal issues.

The commander pointed out that once listed according to cause, it can be seen that separatist activity has reduced. He commended police and the cooperation of religious leaders for their hand in resolving regional conflict.

The commander was in Pattani yesterday, to continue his discussions.