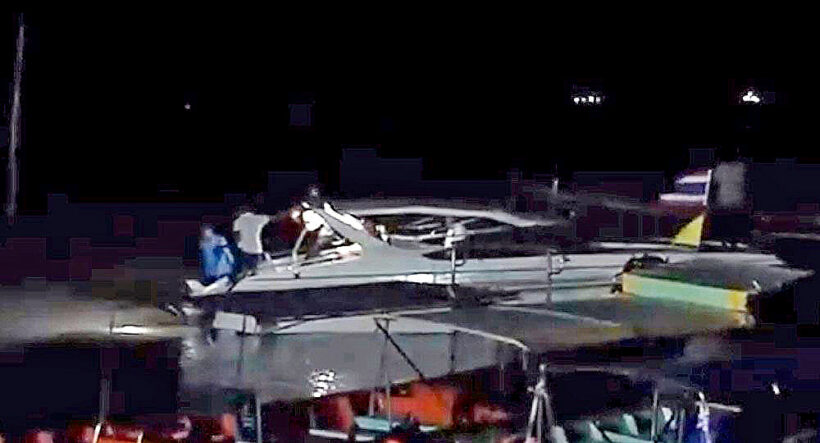 Officials on the Gulf island say that the search for a missing British tourist who fell from a speedboat while out on an island-hopping trip is continuing. The tourist was not named but is aged about 40.

ThaiVisa reports that the man was one of eight tourists plus crew who who set out on a day trip from the pier at Koh Taen in Taling Ngam, off the south coast of Samui, on Monday afternoon.

Other members of the boat tour say the man had been sitting on the bow of the speedboat, without a life jacket, when a wave hit, causing him to fall overboard. The incident happened late in the day.

Police mobilised a search after the alarm was raised at around 6pm. But the searching was called off as the light faded. The search with Royal Thai Navy, helicopters and divers, continued yesterday.

The other tourists on the boat and the crew are helping police with their inquiries, they said.