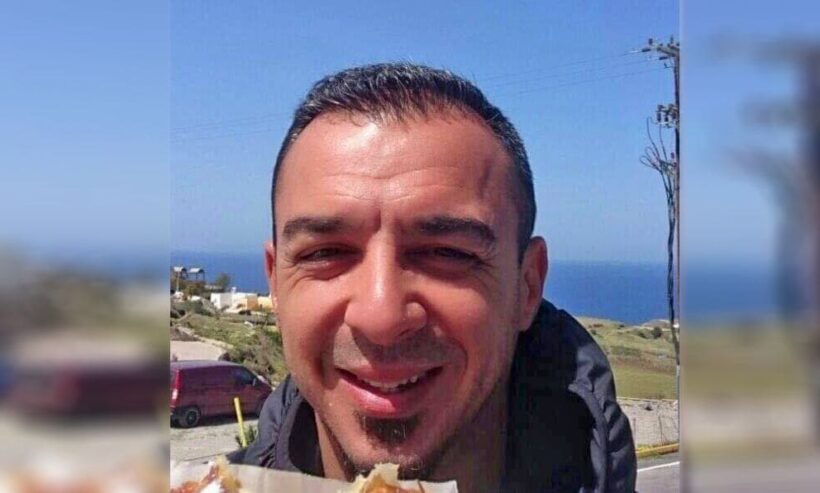 PHOTO: Dimitrios ‘Dim’ Chairopoulo, wanted and believed to be living in Greece

Local Phuket police are yet be informed of the latest in an international hunt for a Greek alleged murderer Dimitrios Chairopoulos. He remains wanted as a suspect in the murder of local beautician 43 year old Niramon ‘Bea’ Aewkaew in Phuket during February.

Cherng Talay police say they want an Interpol Red Notice issued so that they can track down and arrest 42 year old Dimitrios ‘Dim’ Chairopoulos, wanted for the murder. Bea and Dim were seen leaving their accommodation on February 11. It was the last time Bea would be seen alive.

Mr Chairopoulos was recorded as clearing Immigration at Phuket International Airport to board a flight to Dubai in the hours after Ms Niramon was last seen alive. He boarded an Emirates flight EK0379 to Dubai, departing Phuket at 2am. Police also confirmed that he arrived in Dubai on the same day.

“If he comes back to Thailand he will be arrested,” said Chief Col Sen Kwannimit of the Cherng Talay Police.

A request for a Red Notice was submitted with the Foreign Affairs Division of the Royal Thai Police on February 19 but, for now, no formal international’s notice has been published..

Cherng Talay Police confirmed that Dim was seen leaving the room at a guesthouse in Bang Tao where Ms Niramon’s body was found on Saturday, February 16.

In the days leading up to her murder her family had been desperately trying to contact her.

‘Bea’ was the eldest of 5 children from Phatthalung province and had been working in Phuket as a beautician at the time.

One of her sisters, May’ was contacted on February 15 by one of Bea’s workmates trying to locate her.

Neither May or Bea’s other sisters, relatives or friends were able to contact her. Bea had just moved to a new house so nobody knew where she was living. Another sister, Pichy, spoke to friends and was able, using Google Maps, to locate the guesthouse she was staying.

The owner of the room told the family that the air-conditioning was on in the room but there was no response. When the owner returned with a key he informed the family that Bea was found on the bed with a black cloth stuffed in her mouth and her hands and feet bound.

CCTV footage shows the couple leaving the room in the afternoon of February 11, the last time that Bea was seen alive. 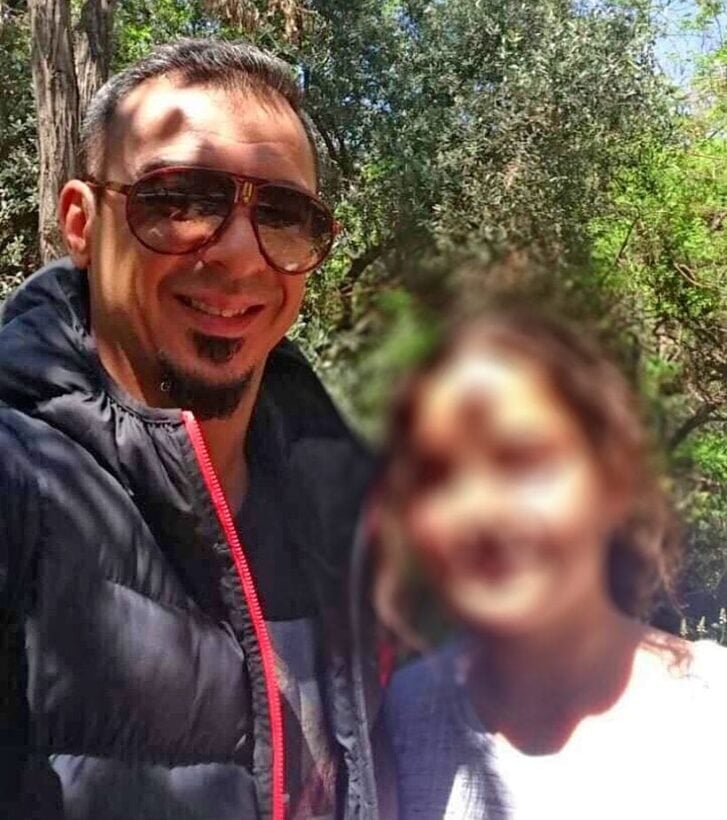 Dimitrios ‘Dim’ Chairopoulos with his daughter from another relationship

What we know about the alleged murderer?

Dimitrios ‘Dim’ Chairopoulos, who remains at large and thought to be in Greece, worked as security in a night club in Athens. He already had a daughter to another woman in Greece.

“We tried to get to know him at family functions but he was not easy to know and seemed very possessive of Bea,” said one of the close family members who asked not to be named.

“He did threaten to kill her if she ever left him and Oh, another of her sisters, went with Bea to file a report of the threats at the Cherng Talay police station at the time,” they explained.

That report was made to police in 2016. A year later the pair married and were still married at the time of the murder.

“He would drive past the beauty shops that Bea worked at and spy on her.”

The family claim that, apart from his own possessions, he also stole Bea’s phone before he headed to the Phuket International Airport on the evening of the murder.

So where is Dimitrios Chairopoulo?

At this stage the Greek Embassy has made no comment about the case or followed up with Greek Police about the pursuit for the fugitive man.

There are currently approximately 58,000 valid Red Notices worldwide of which only 7,000 are public. An Interpol Red Notice has not been issued to alert international police or Immigration officials to be on the look-out for Dim.

For now, the alleged murderer of Bea – an innocent Phuket beautician, beloved sister and family member – remains at large, most probably in Greece.

If anyone has any information about Dimitrios ‘Dim’ Chairopoulo’s whereabouts or information that may lead police to arrest him, please send a confidential message to The Thaiger.

Keep in contact with The Thaiger by following our Facebook page.
Never miss out on future posts by following The Thaiger.
News Categories:Hot NewsPhuket
Related Topics:DimDimitrios ChairopoulosfugitiveGreecemurder
Up Next

Free water schedules for residents in Patong and Rassada

A leading epidemiologist on the faculty of medicine at Chulalongkorn University is calling for the government to suspend any plan to allow foreign tourists for 6-18 months. Dr Thira Woratanarat, who makes daily updates on his Facebook in the Thai language and is well followed in the Thai media, has been delivering regular warnings about the risk of Covid-19 to Thailand. This morning, Dr. Woratanarat posted that the guard of the Thai population has dropped significantly although the virus is still very much a threat worldwide. He says research from the Ministry of Public Health, to which he is an […]

The beheading of a revered Buddha image in the Muslim-dominated southern border province of Pattani was the work of a temple boy and not a religious conflict, according to a statement issued yesterday by the Region 4 Internal Security Operation Command. The head of “Phra Chao Ong Dam”, showing Buddha sitting under the Bodhi Tree or “tree of awakening”, inside the temple known locally as Wat Hua Khao, was found to have been cut off on the night of July 27. Police recovered a hammer, an axe, a long-handled knife and a white long-sleeved T-shirt from the area. After an […]

A group of youths and students calling themselves “Buri Ram Youths for Liberation” staged a rally at a public park in the central city district of that lower northeastern province yesterday. At the rally, which began at about 5pm at the Rom Buri public park, demonstrators called for the dissolution of Parliament, an end to government intimidation of the people and the rewriting of the Constitution, echoing the demands of demonstrations which have rocked the nation for 3 weeks now. Cloth banners with anti-government messages were put up around the rally site. Students and youth leaders took turns voicing political […]