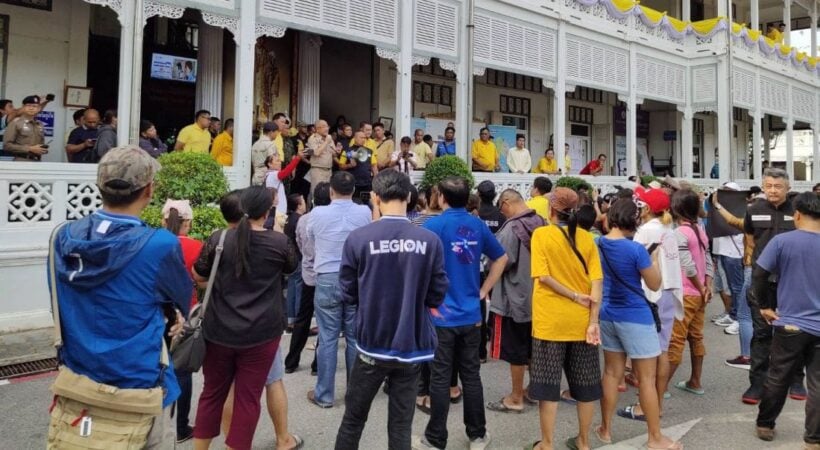 Local residents in Rassada have picketed the Phuket Provincial City hall to demand answers from the Phuket Governor over the current water shortages.

Phuket Governor Pakkaphong Tavipattana told the media yesterday they are managing to solve water shortage problems in Phuket throughout this dry season.

Whilst claiming that there was no ‘drought crisis’ in Phuket the Governor said… “All local administrative organisations must use their own plans to solve the drought by yourself.”

The Governor even mentioned the ‘C’ word, whilst denying that there was any ‘Crisis’, blaming the media for beating up the story and saying the bad publicity will damage the island’s tourist reputation.

The ‘shortage’ or ‘management problems’, or whatever you want to call it, are problems stemming from earlier inaction to foresee the water shortage problems and manage them appropriately. Instead of a plan to ration water earlier in the year, the island now faces critical water shortages with tankers rolling across the Sarasin Bridge in a convoy to assist in the non-crisis.

Locals in Rassada, who have suffered most water shortages in Phuket, are now receiving free water instead of having to buy water following their protest.

Residents in Kathu, Chalong, Rawai, Koh Kaew, Thalang and parts of Phuket Town have been complaining over the past month that their water supply has been either cut off completely or reduced to a trickle.

So, no matter what Phuket’s Governor wants to call it, thousands of residents around the island have been struggling with basic water supplies for up to two months.

And then the day after, cancelled them.

In retrospect, the rationing would have been prudent water management and would have avoided the need for Rassada residents to protest and water trucks to be rolling across the Sarasin Bridge. 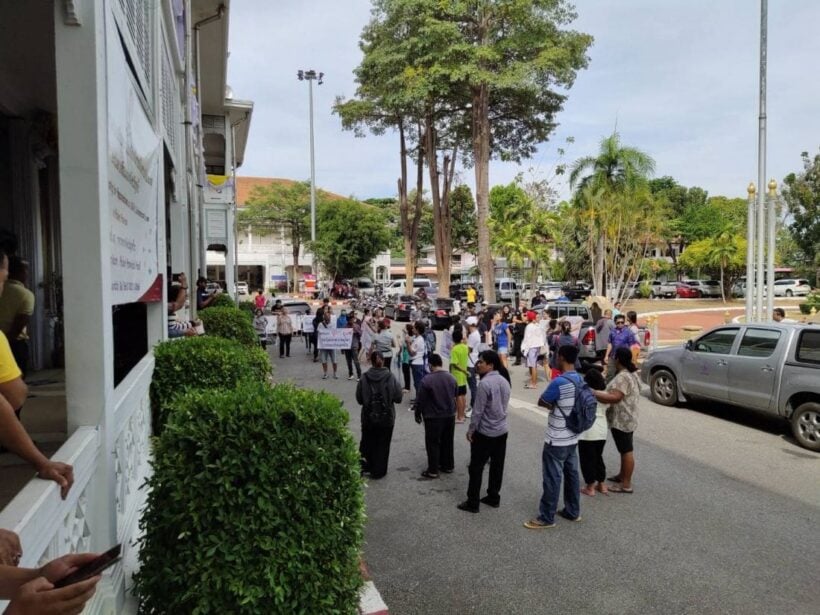 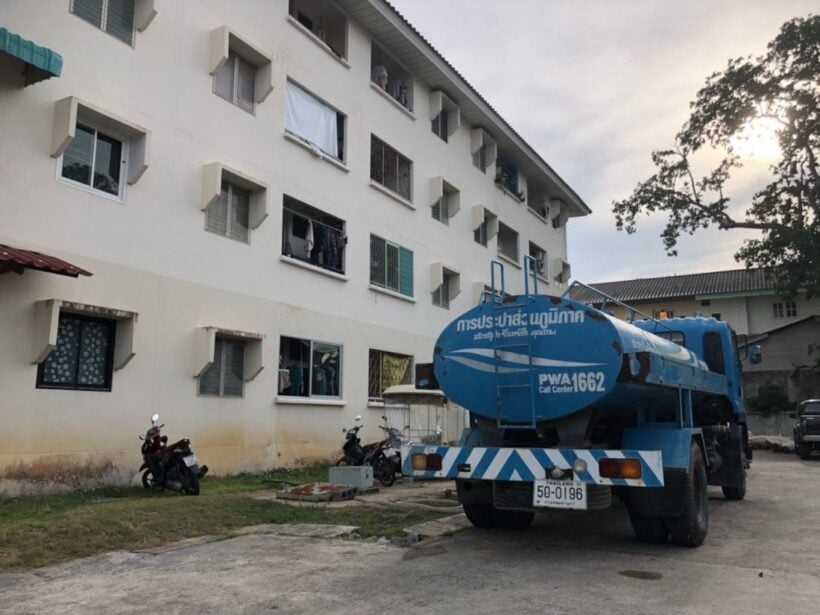 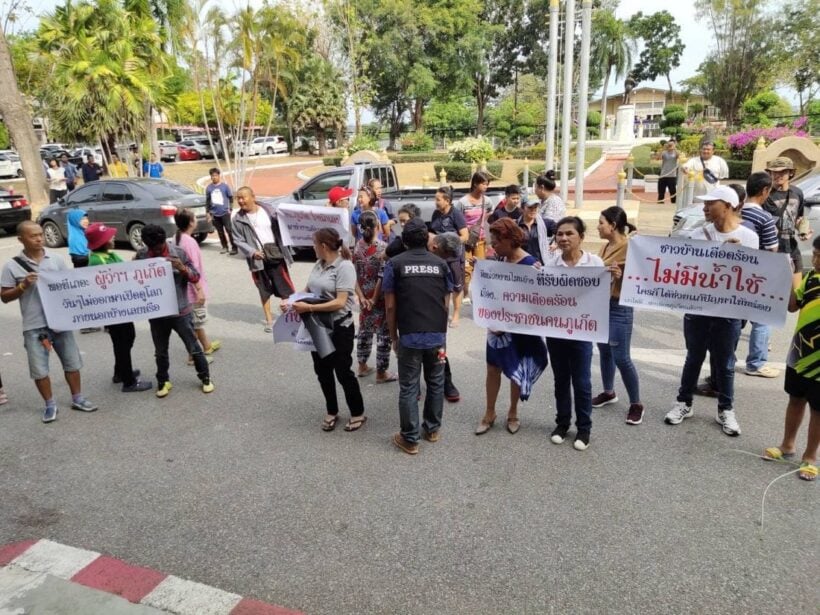 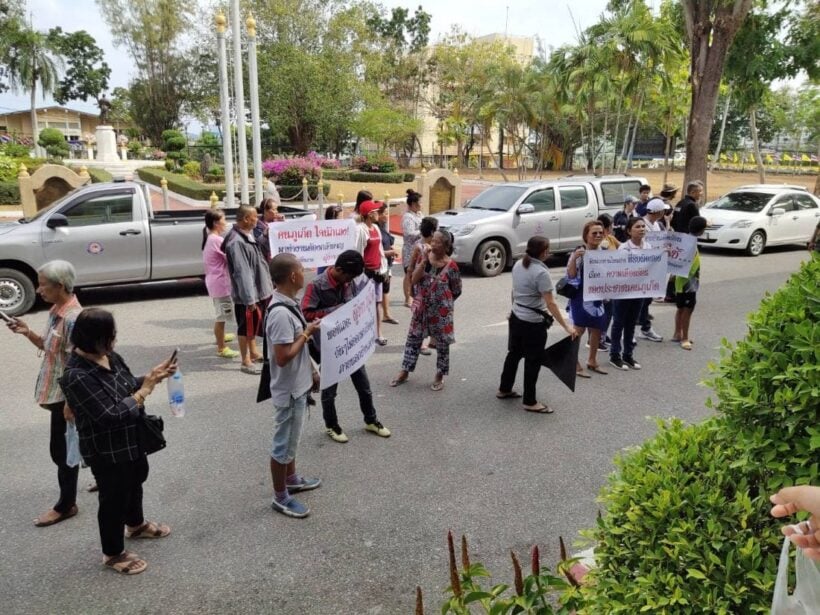 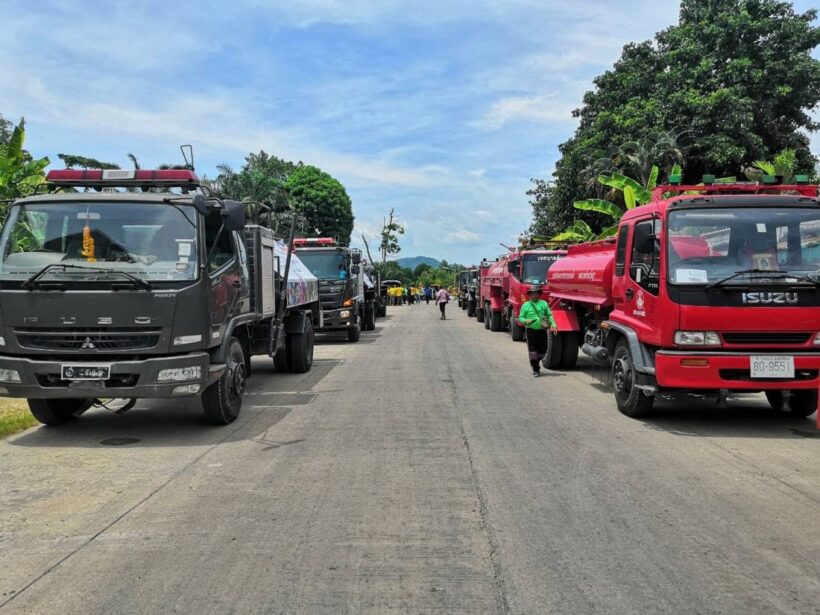 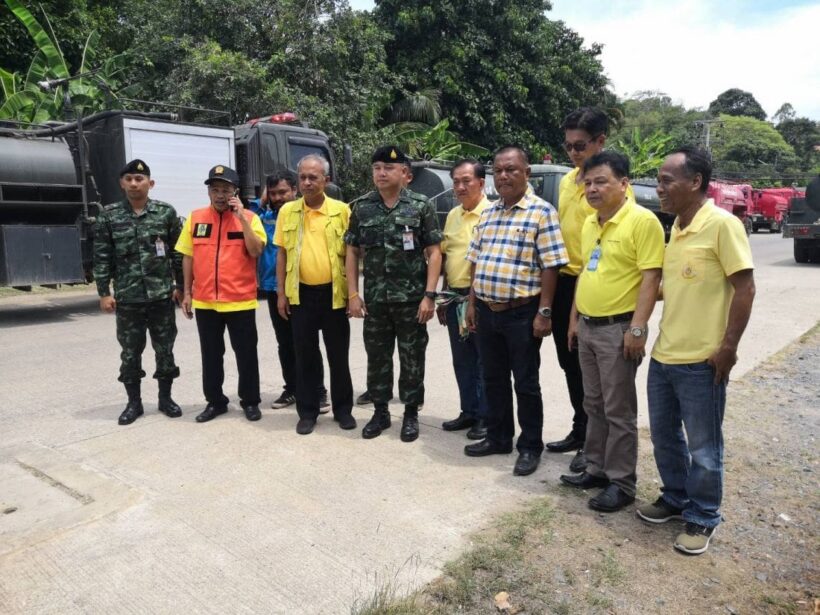 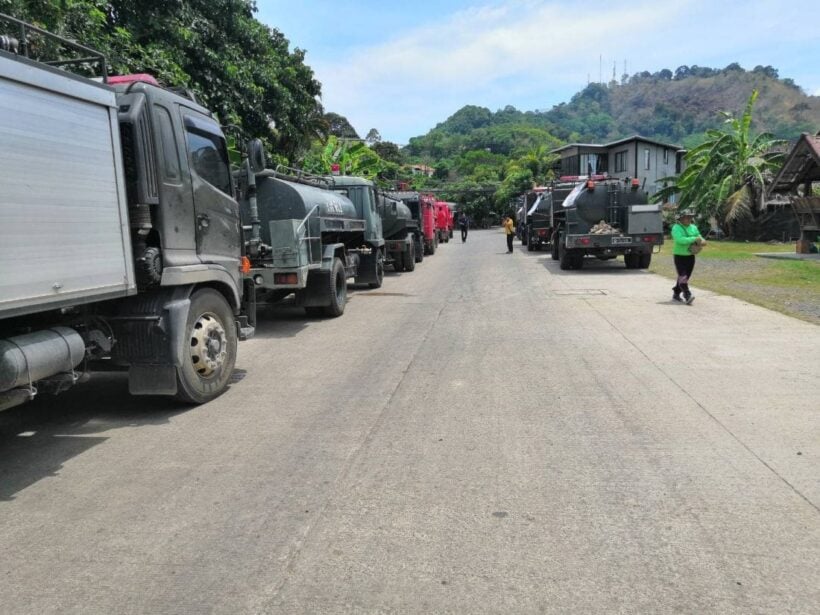