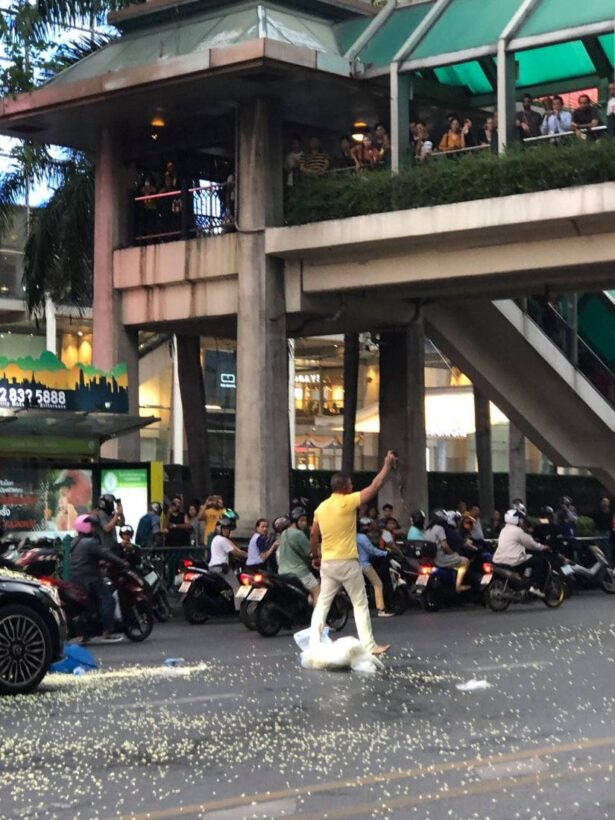 An incident has caused bedlam and stopped traffic outside Central World in Bangkok. A man armed with a knife stopped his new black Mercedes in the middle of the road. He then started releasing snakes out of a blue bag onto the road in front of the bewildered passersby.

Footage from the incident shared on Twitter shows the man, dressed in yellow, holding at least one snake above his head, while holding large knife in his other hand. His car is decorated with portraits of the HM The King

Witnesses also say the man started cutting himself as he set the snakes free onto the road. Sanook reported the man was eventually apprehended and arrested shortly before 7pm tonight. 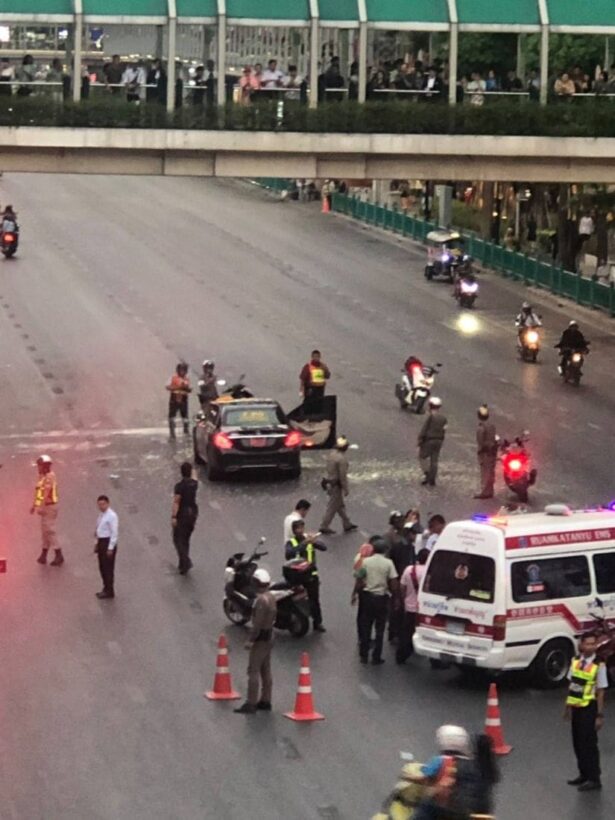 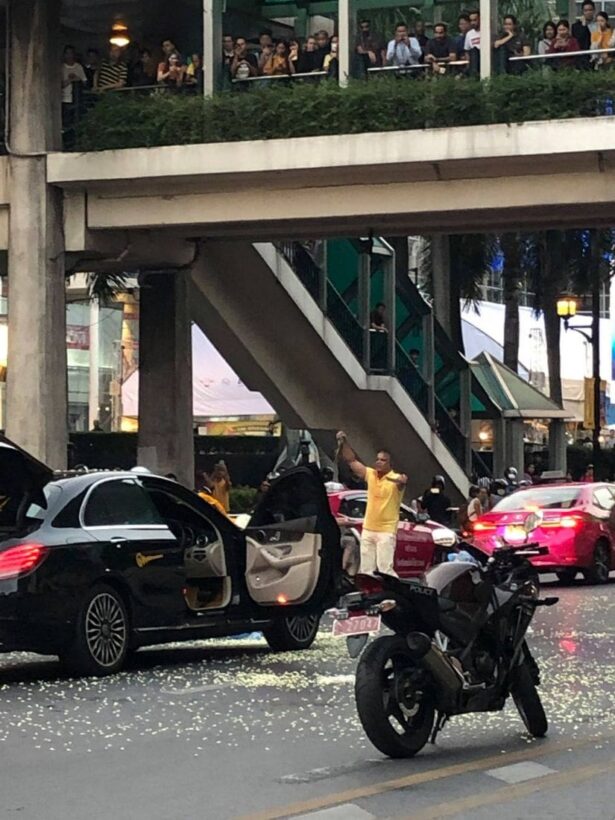