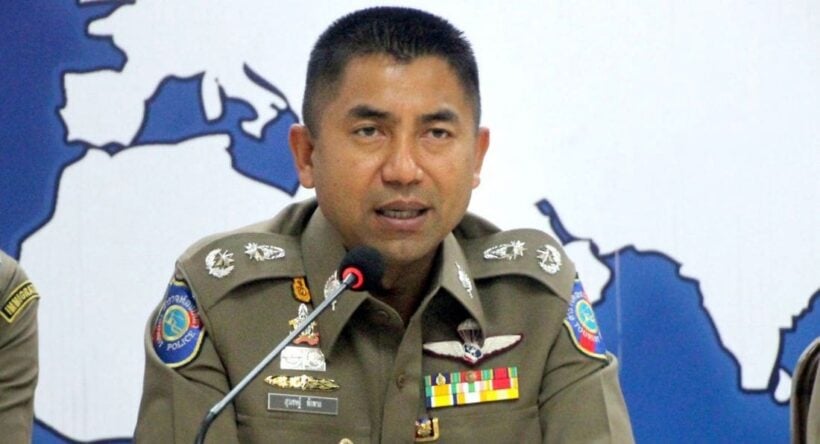 A total of 16 Chinese nationals, 13 men and 3 women, have been arrested in Chalong, over the alleged  operation of a call centre scam which targeted Chinese victims. Officers believe that the operation started sometime in the middle of March.

The 16 were arrested at a  housing estate on Moo 1, Chalong, southern Phuket, yesterday morning.

“We were informed of the operation. Officers surrounded the house before moving in. The Chinese tried to escape but we caught them all,” said Immigration Chief Lt Gen Surachate Hakparn.

“We found a lot of paperwork including phone numbers and lots of notes about stock market price speculation.”

The suspects have not provided any statement to police at this stage. They arrived in Phuket at about the same time but on separate flights from China during March.

Nearby residents told police that there were always people coming and going, including continuous food deliveries, from the house and the lights were always on.