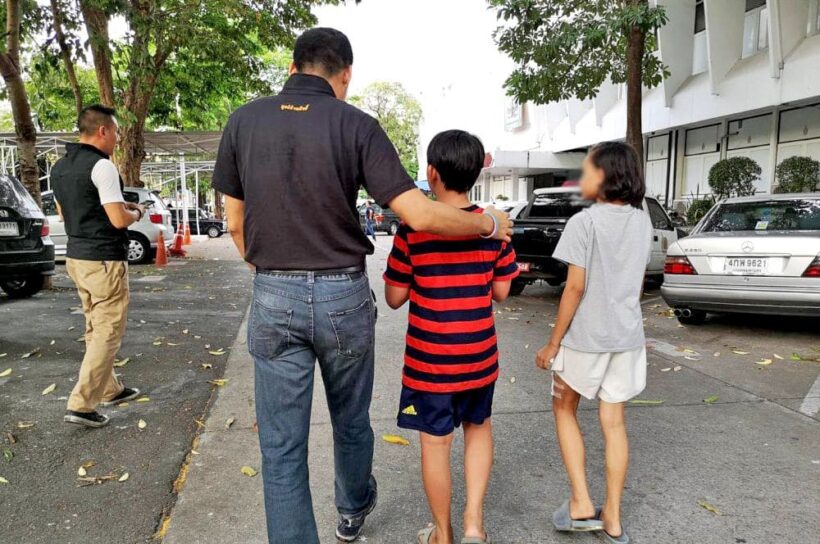 Two children, who fell off a drying rack at a Bangkapi apartment block last May, have now run away from home saying their Thai mother had been beating them. Their remaining sibling is staying with the mother.

One of the four siblings, a boy, died in the fall that happened when their mother was out at work at night.

After a long stay in hospital the other three children returned to the care of their mother, 37 year old Ratikan. Marcel Borel, the children’s Swiss father, has been involved in an extended custody battle with his former wife.

Sanook is now reporting two of the children, 12 and 11 year old, have run away from home claiming they want to be with their father. They say their mother still kicks and beats them.

The children are now in provincial care whilst the investigation takes place. A representative of the welfare arm of the metropolitan police says there were no injuries consistent with an assault on the children.

For her part, the mother denies beating her children but says it has been very stressful since the accident 11 months ago.

In that incident, the four children were home on the fourth floor of a Ramkhamhaeng Soi 34 apartment after their grandparents put them to bed and had returned to a room on the lower floors.

All four fell from a drying rack platform in the middle of the night. The 5 year old, Alex Borel, died. The other three children, aged 11,10 and 7 at the time, survived despite serious injuries.