Phuket airport authorities are looking to restrict photography of aircraft from the northern end of Nai Yang beach, at the western end of the single Phuket International Airport runway.

The beach has been a popular photo opportunity for visitors but is causing additional aviation safety concerns as the photography and airport traffic increase.

Phuket Airport deputy director Wichit Kaewsaithiam says that public access will have to be pushed back along the beach.

“We want both the income from tourism and the aviation safety to co-exist.”

He added that the no-go zone will soon be drawn by a joint team of agencies.

Wichit also warned people against flying drones or shining lasers at aircraft within a 9km radius of the airport. They were serious legal violations that would disturb aircrews and may cause accidents, he said.

“We are also following up on the International Civil Aviation Organisation regulations on such matters.” 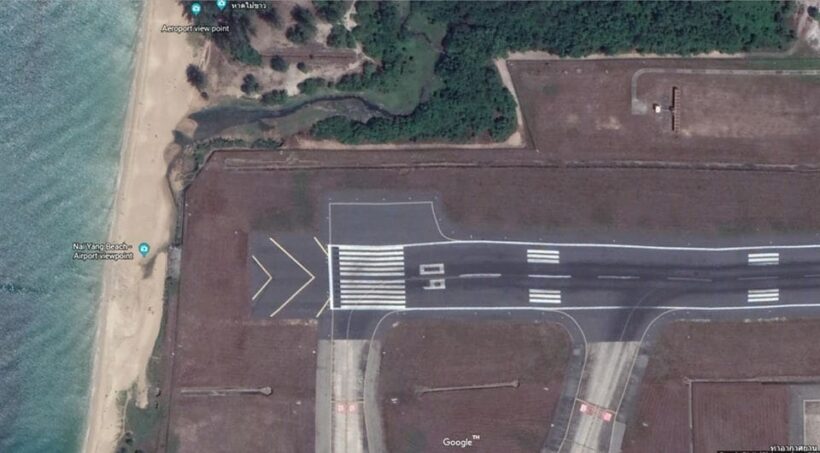 Keep in contact with The Thaiger by following our Facebook page.
Never miss out on future posts by following The Thaiger.
News Categories:Phuket
Related Topics:Aircraft selfiePhuket airport
Up Next