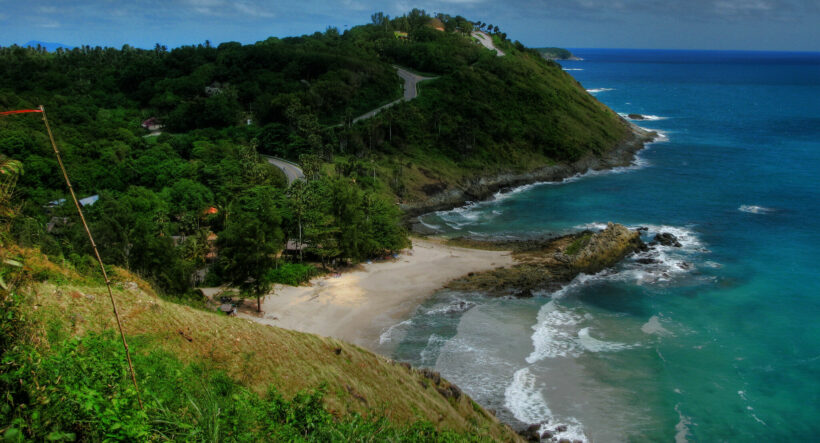 Over the weekend, a 51 year old man from Trang allgedly sped through a checkpoint and led police on a reported 60 kilometre police chase. The chase ended when the man overturned his car. The “60 Kilometres” presumably referred to the man’s speed.

The man, Parit Poldet, had initially declined to stop for the check at the Phuket entry Tha Chatchai checkpoint at the north end of the island. He was later arrested after overturning his car close to Promthep Cape, an hour’s drive way at the southern tip.

According to local police, they became aware of Parit around 8:30 am after Parit, driving a white Suzuki Swift, allegedly slammed into the back of a black Honda Civic, then took a U-turn on the Rawai beachfront road.

After allegedly evading a checkpoint and pulling a hit and run first thing in the morning, Parit allegedly led police on a car chase but lost control after trying to take a curve on a steep hill. The Suzuki crashed through a steel cable barrier and barreled down the hill. It was found about 20 metres from the road, upside down.

After breaking a car window, police pulled Parit from the wreckage. The 51 year old was reportedly unhurt from the car’s unorthodox descent.

According to police, Parit told them he had stolen the car from a relative in Trang the night prior.

The owner of the Honda has reportedly only suffered a scratch on the forehead after being rear-ended.

Police have stated that Parit has been charged with reckless driving and causing damage to other people’s property. More charges are expected to be forthcoming.