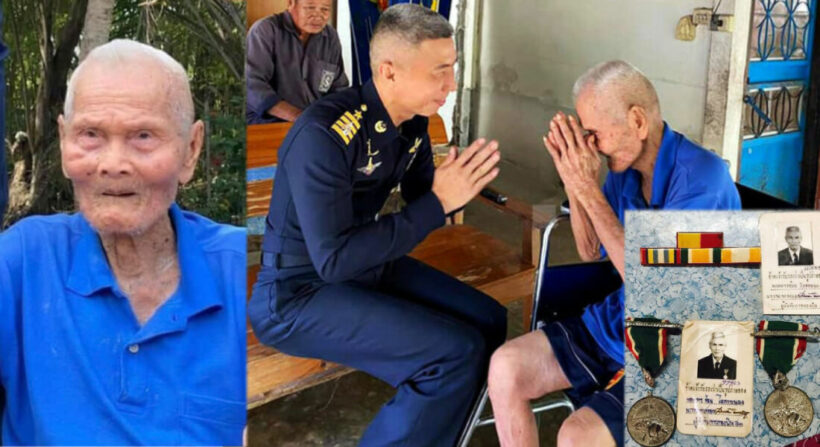 PHOTO: The last World War II Thai airman has died at the age of 102. (via khmeread)

World War II ended 76 years ago before many of us were born, but this week, the last Thai airman who actively fought in World War II died at the age of 102.

Thai airman Choy Lodethanong died on Wednesday morning. At the age of 102, the death was considered to be of natural causes. Choy was part of the Royal Thai Air Force, a member of the Wing 5 who fought against Japanese invaders in the war in the middle of the last century. He was a decorated serviceman who was part of the brief conflict between Japan and Thailand.

On December 7, 1941, the infamous Japanese attack on Pearl Harbor in Hawaii prompted the United States to enter World War II. But an hour and a half before that attack (though it was December 8 with the time zone difference), Japan invaded Thailand in a 5 hour battle at Ao Manao beach in Prachuap Khiri Khan. Thailand hours later formed an alliance with Japan to invade Burma and the next month declared war against the US and UK.

Choy was 24 when that battle occurred, and he was amongst the Thai airmen, local police and civilians there at the time, who fought to stop the Japanese imperial troops from coming ashore at Ao Manao beach. To commemorate the 42 people who lost their lives during the 5-hour Japanese invasion, The Royal Thai Airforce holds a remembrance service every year on December 8.