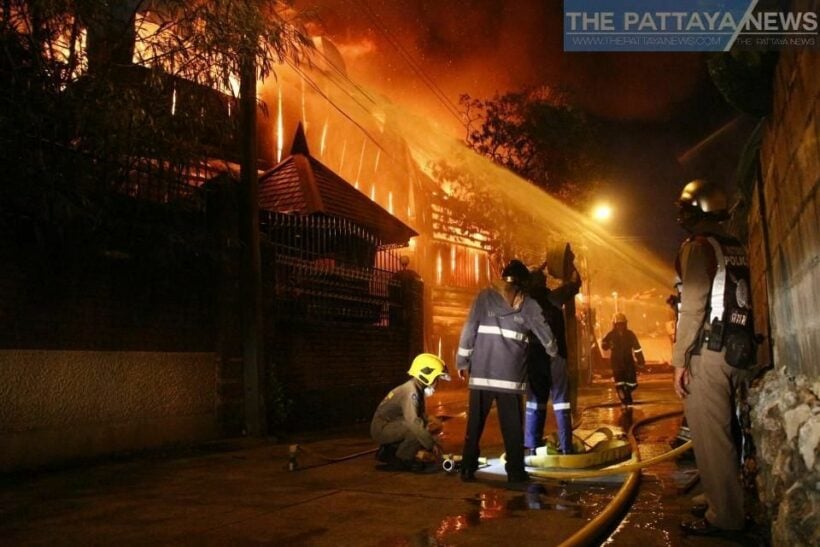 A huge fire in north Pattaya has destroyed a 6-storey luxury home and a warehouse previously used for the sale and storage of antique furniture. The Pattaya News reports that the blaze broke out at around 1am last night, engulfing the building, which was located near the Sukhumvit highway.

It’s understood the warehouse was part of a complex that also included a former restaurant and a luxury property built for the owners of both businesses. Initial reports estimate the damage at around 100 million baht, with several other homes in the area also affected. At this time, it’s believed there are no casualties, with local residents all safely evacuated and both the warehouse and other buildings in the complex being empty.

It took a team of fire fighters, who arrived with 10 trucks, over 6 hours to bring the conflagration under control, with fire departments from other districts being called in to help. The cause is still not known, with officials unable to examine the scene until still-burning embers are fully extinguished and the buildings are made structurally safe.