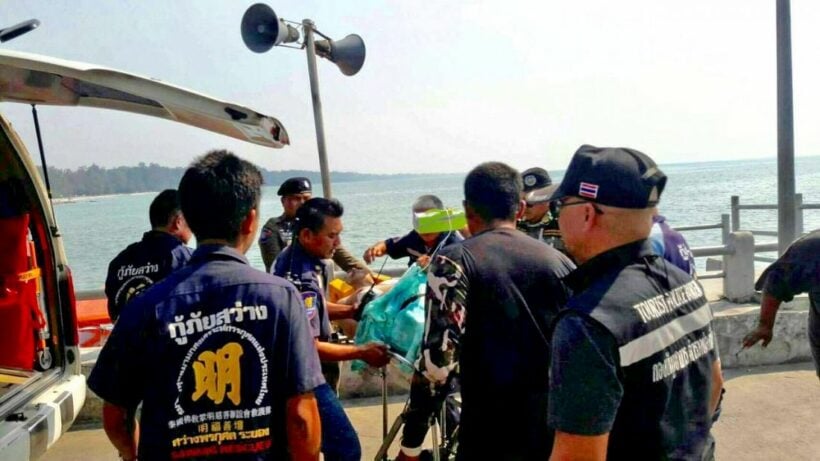 A 58 year old Chinese tourist, who got into difficulty whilst swimming off Koh Samet on Saturday, has died while being transported to a district hospital. Koh Samet is off the coast of Rayong province, east of Bangkok.

Witnesses say he was “battered by waves” in the sea off Sai Kaew Beach. The victim was swimming with a large tour group.

The Chinese tour group members say that 58 year old Xiang Xeng Xui arrived at a hotel near the beach on Saturday with the rest of the group. He and some others went for a swim. The Nation reports that the man suddenly sank under waves after struggling. Other members of the group searched and rescued him shortly afterwards. The man was resuscitated and rushed by speedboat to seek medical help to a mainland hospital but he died on the way, according to the police report.

His body will be sent back to his family in China, while fellow-tour group members returned to Bangkok from Koh Samet yesterday.

Two Burmese men and a woman questioned over murder in Pattaya